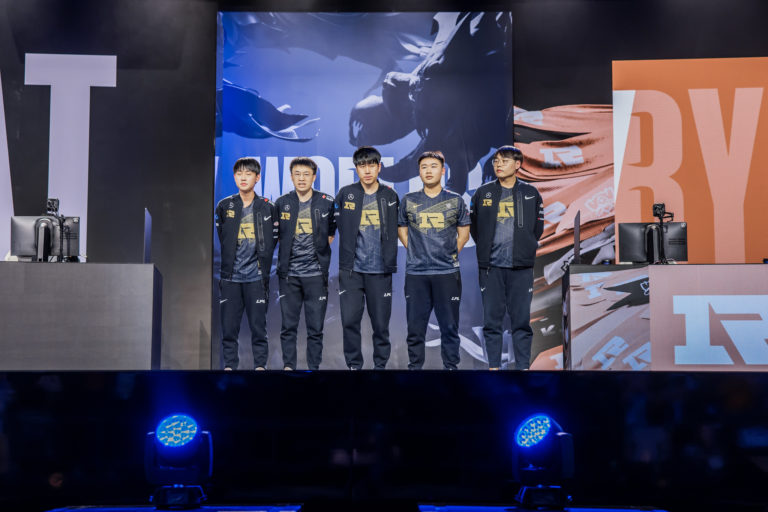 Well, North American League of Legends fans, the curtain has finally closed on the region at the 2022 World Championship.

After 100 Thieves’ crucial loss against Royal Never Give Up, every LCS representative has been officially eliminated from the tournament. This also means every Western team at the event has been bounced, save LEC’s top-seeded Rogue.

RNG has looked like the best team in the group by far, with wins over Gen.G, 100 Thieves, and CTBC Flying Oyster through the first week of the stage. With superstars like Xiaohu, GALA, Breathe, and Ming looking to add the Summoner’s Cup to their trophy cases, the Chinese powerhouse has been flawless in their performances.

Like the rest of the NA representatives at Worlds, 100 Thieves went winless through the first half of the group stage. The team didn’t look nearly as coordinated or confident, especially after they dropped their first match against CFO. After a bounce-back win against the PCS reps, the Thieves found momentum for this game, but it wasn’t enough.

After refusing to ban Yuumi and Sivir, who have a 100 percent win rate through groups, the Thieves opted for a powerful team fighting composition with a Jarvan IV-Seraphine wombo combo. RNG, on the other hand, scooped up massive carry options with Xiaohu on Akali and Gala on Sivir.

Although 100T found some favorable fights that lead to a handful of dragons and a Baron, they weren’t able to press their advantage fast enough to overcome RNG’s superior scaling. In the final skirmishes, Xiaohu and GALA became destructive forces, with Akali dealing over 10 thousand damage in a single fight.

It was close for a few moments in the mid-game, but once the late game began, things started to turn quickly for the North American faithful.

Overall, it has been an abysmal League tournament for the West.

Every team from NA failed to show up in week one of groups, forcing them into a difficult climb for week two. Meanwhile, Fnatic had a 0-3 collapse in the second week of groups after their 2-1 start, G2 Esports looked relatively weak during their time in New York, and MAD Lions failed to even get out of Play Ins.

The only hope for NA and EU fans now is Rogue after the team placed second in Group C with wins against DRX, Top Esports, and GAM. The LEC champs were the most consistent of their Western brethren, though they lost their last two games yesterday.

If I Do THIS Every Lane I Will Be CHALLENGER IN ONE MONTH!

Here are the matchups for Worlds 2022 quarterfinals