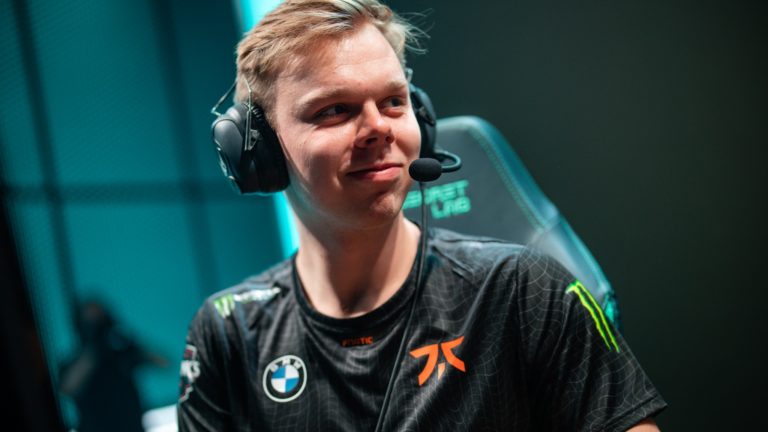 It’s not looking good for Fnatic ahead of the 2022 League of Legends World Championship. Top laner Martin “Wunder” Nordahl Hansen has criticized the resources provided by Riot Games that he says have prevented Fnatic from practicing efficiently leading up to the tournament on Sept. 29.

“We have been playing on between 30-100 fps in every game ever since we arrived in Mexico,” Wunder said on Twitter today. “We didn’t have any efficient practice and playing on stage will be the only time we can have a human setup.”

It looks like Riot is providing Play-In teams with setups to practice in Mexico ahead of Worlds which, according to Wunder, don’t allow players to practice in the best conditions due to poor-quality setups.

Although he hinted that Fnatic reported the issue to Riot, he complained he didn’t hear a satisfactory response from the developer.

In response to Wunder’s complaint, former Fnatic analyst Tolk argued that players should simply get better computers from their orgs instead of relying on Riot’s hardware.

It’s unclear, however, whether Riot’s rules allow players to bring their own hardware to the event. The official World rulebook doesn’t mention providing a setup for practice and only focuses on “official WCE matches.”

Fnatic have already had issues practicing for Worlds 2022 after two emergency substitutes had to be brought in after Hylissang and Upset tested positive for COVID-19 last week.

Worlds 2022 kicks off tomorrow, Sept. 29 with the Play-In stage in Mexico.