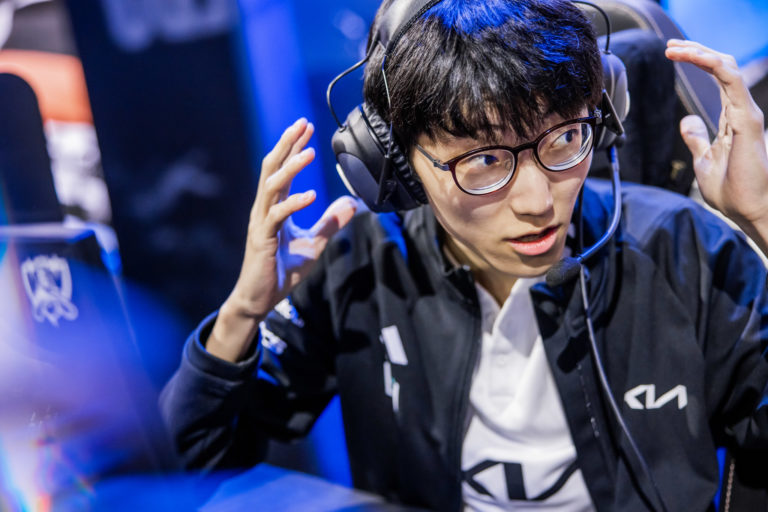 The 2022 League of Legends World Championship just broke the record for most unique champions picked or banned in a single Worlds.

Not even halfway through the group stage, the record was tied and then immediately broken with back-to-back picks in Monday’s high-stakes League match between Korea’s DWG KIA and North America’s Evil Geniuses.

EG support Vulcan locked in Bard with his team’s fourth pick on red side, and DK top laner Nuguri followed it up with Jayce as his team’s last pick.

The previous record, set at Worlds 2019, was 99 unique champions. Given the two teams that contested that year’s world finals were G2 Esports and FunPlus Phoenix, it makes sense they helped shatter the previous record of 79 from Worlds 2017. Those two rosters innovated the meta almost to the point of caricature and made for one of the most memorable international tournaments in the esport’s history.

It took until this year to break that record after 2020 and 2021 only gave us 90 and 92 champions respectively. If there was going to be a phase of the tournament to go after the record, it would be the group stage, as teams from different regions collide and try through trial and error to deduce the Worlds meta.

After the meta in the Summer Split finals across most regions was pretty defined, especially in the bototm lane with Zeri, Yuumi, Sivir, and Lulu being its poster children, Riot deserves a tip of the cap for the steps it took over patches 12.16-12.18 to set up the biggest tournament of the year for an extremely entertaining meta.

Worlds continues in New York where the champ number will only grow.