Home League of Legends Blog Why Are Esports Players Careers So Short this Industry? 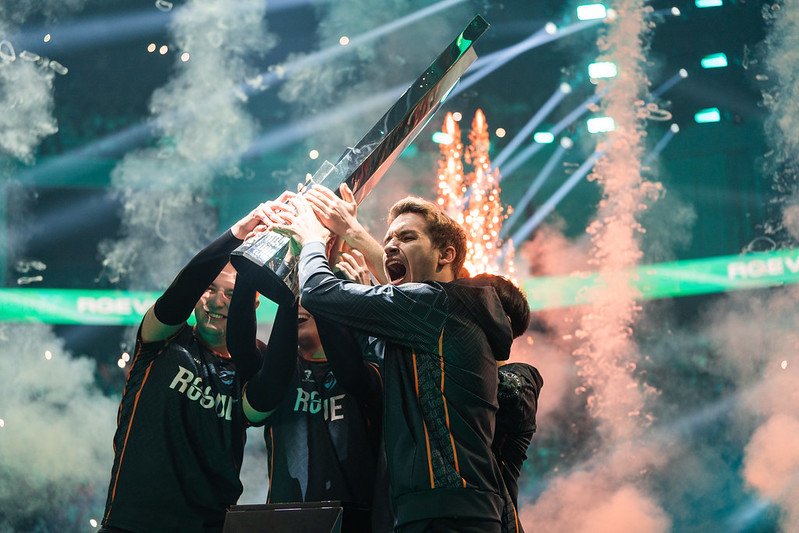 Many gamers from this generation dream of becoming either a successful streamer or a professional esports player. However, while many think that a career in esports seem to be a dream, this career path is notorious for being extremely short-lived, even among the most successful names in the scene. We have to ask ourselves, why are esports players careers so short and why most of them just disappear all of a sudden?

A Career in Professional Esports

Professional esports refers to competitive multiplayer video games that most often feature a PvP game mode where a group of players battle it out in order to attain victory. Just like traditional sports, the game’s company or a third-party organization host competitions where a certain number of teams or players are invited for a chance to win a prize, which is often large amounts of money. Fans can also watch the matches live or via a live broadcast where they can cheer for their favorite team or player.

Since the popularity of these esports games draw massive viewers, many companies like to sponsor the event and teams involves in the competition. This allows for organizations to draw in money from sponsorships. The money that these organizations earn allow them to invest in players who have proven themselves to be top competitors, essentially allowing them to have a career in esports with contracts going up to $4.2 million per esports season for one player alone.

Successful esports players careers are essentially akin to traditional sports with the contracts being a lot lower, but still not something to downplay since they are able to be set for life from one seasonal contract alone. Most esports companies have set a minimum standard for the contracts of players so that private organizations don’t end up giving them slave contracts. An additional source of incomes for players is winning prize money, where they get a portion of their winnings as an incentive for their performance.

Professional players are contracted per season, with the organizations able to trade out players. Esports players careers can be volatile in this regard because performance is everything and they can be traded out to low performing teams, essentially ruining their chances of being in a competitive environment and essentially lose their chance to be in the spotlight that allows them to explore better chances for the future.

Is It a Dream to have Esports Players Careers?

Just like in all coveted careers like being actor/actress, musician, famous personality, or professional athlete, the life they live isn’t always sunshine and rainbows. A lot of them find happiness, but there are individuals who realize that the change in lifestyle end up being more of a nightmare than a dream come true. The same can be said in esports careers which explain why they have significantly short cycles in the scene.

The dream of becoming of having the same esports players careers as your favorite competitors may not be the one you might like. Only a few players end up having some of the longest esports careers in the scene. Let us explain why there are many esports players careers that are cut short because of the ugly truths that the promotional videos and highlights don’t show to the masses.

In the Asian League of Legends esports industry, esports players wake up at around 12pm and start training immediately after eating lunch. The training ends at around 9pm but players are usually obliged to stay up until 4am to play solo queue to improve their mastery over micro skills and experiment on champions that they might play in the future. Also, these players only have one day off per month, with their training, scrimming, and actual competition schedules going on for 7 days a week.

It is widely understood that teams that don’t have the same training schedules usually have worse performance, which is its own demon. It is hard to imagine for any esports player to be placed in the bottom half of the competition and think that it doesn’t bother them at all. Most esports competitors sacrifice a portion of their social lives since they need to put in as much of their time to compete, and sometimes even that isn’t enough for them to win.

Unlike traditional sports, a physical injury that will take you out for more than 6 months is fatal to your career. Esports players need to constantly play the game or they’ll instantly revert to a bottom-tier player. Luckily, physical injuries aren’t always serious in esports with wrist, shoulder, and back injuries being the worst of them. However, those that do experience severe injuries like RNG’s Uzi, end up being forced to retire early.

Mental health in esports is very challenging. As an esports personality, you can’t help being exposed to the media and the hateful and disgusting comments that come with it from both haters and your own fans. The worst battle comes from your own thoughts when you start thinking about the trajectory of your career and start weighing out your successes and failures. It’s important to have your own support system in times like those.

Esports is a business and players are just chips that these big organizations use to move around and attain more money. It’s a harsh truth that most esports players have come forward about after their careers have ended. Players with massive followings will always secure their own careers since they rake in all the money. This also means that it’s difficult for newer players to secure a spot in a top-tier team since they aren’t as marketable as existing veterans.

If you end up being a new player who didn’t show a lasting impression in your first year on the team, your career is most likely over because teams will either buy out the ones that did perform well or try out other rookies instead. Most players like this don’t get second chances, which is a waste because most of the veterans in the scene had years to develop their skills. Unfortunately, esports orgs will prioritize immediate sales over long-term investments.