Home League of Legends Blog What are those?: Latest delay at Worlds 2022 is for the strangest reason yet 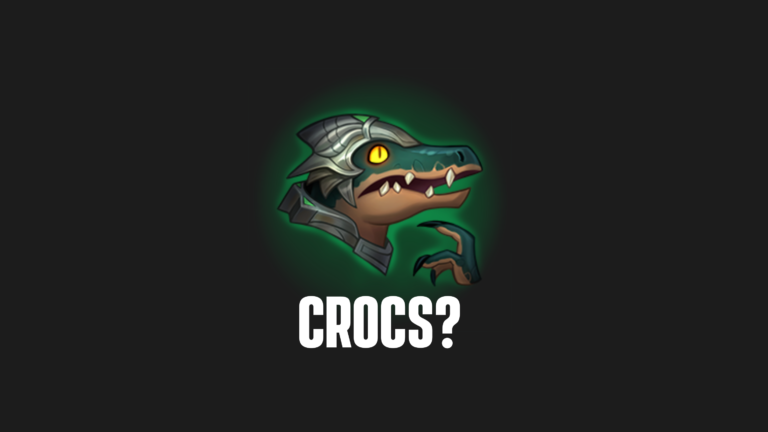 League of Legends fans may be accustomed to watching the 2022 World Championship through pauses, sometimes even without knowing the cause. But during the second day of the tournament, English casters shared the reasoning behind the delay of the match between Evil Geniuses and LOUD: It was crocs.

EG mid laner Jojopyun was wearing “inappropriate footwear” on stage, which prompted the tournament officials to delay the beginning of the second match of the day. According to the official rulebook, all players “must wear pants and closed-toe shoes,” which automatically excludes crocs. Ultimately, officials will have final approval over all apparel, according to rule 4.5 “Player and Coach Apparel.” But this time, they didn’t approve of EG mid laner’s choice.

This rule doesn’t seem to always be enforced in the LCS competition since the EG roster have been seen fashioning crocs before, including during the press conference after the finals in Chicago.

After a brief pause, EG and LOUD resumed their match, even though there were further pauses throughout the game due to technical issues. The North American team ultimately won the match, but not without struggles since LOUD cornered them multiple times with their aggressive playstyle. EG will have one more game to play today against Mega Bank Beyond Gaming, but the match will most likely happen without pauses related to the players’ footwear.

League fans can watch all the World Championship matches on the lolesports website and track the stats of their favorite players on EsportsBet.

WHY DID I STOP PLAYING THIS CHAMP!? This Might Be The BEST Solo Carry Champ IN THE GAME!