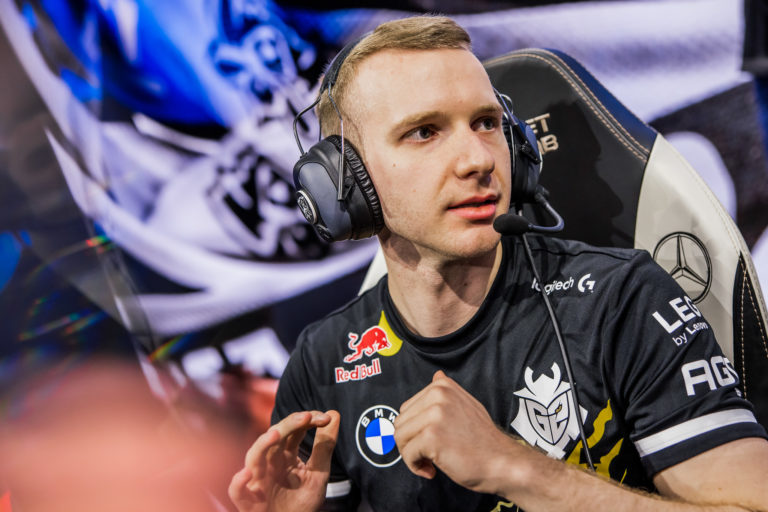 Look away, North American League of Legends fans. Things are getting a little unfortunate at the 2022 World Championship, as G2 Esports continued Europe’s dominance over NA with a decisive victory over the LCS young guns, Evil Geniuses.

EG were coming off of a loss to tournament favorites and Chinese first seed, JD Gaming. They kept up with the LPL powerhouse for a good portion of that game, but were eventually overrun by the team’s destructive teamfighting prowess. Overall, NA teams failed to record a win yesterday, with Cloud9 falling against Fnatic and 100 Thieves dropping their match against the PCS champions, CFO Flying Oysters.

G2 struggled on the first day with a lopsided loss against DWG KIA, but today they shook the cobwebs off and got to work in a 27-minute win. From the drafting phase to the victory screen, the former Kings of Europe put on a royal display for those in attendance at the Hulu Theater in New York, although with how quiet things were getting, you might have mistaken it for a library.

One glaring weakness that EG’s team composition had was a lack of reliable engage. The team’s star jungler Inspired was placed on Nidalee, which is a champion he has only picked once this year during the 2022 Spring Playoffs. He usually frequents active playmaking picks like Wukong, Viego, Lee Sin, and Sejuani, so he can press the go button for his team in teamfights.

Throughout the 27 minutes of game time, Inspired had two assists, a single death, and no kills to speak of. His champion prevented him from jumping into the teamfights, and his poke could do nothing against G2’s tanky frontline consisting of Sejuani, Rell, and Sylas. Although Maokai could throw out his ultimate ability, there was barely any follow-up to come from EG’s relatively low damage.

On the other hand, G2 had plenty of dueling potential with Broken Blade’s Fiora, a ton of peel and crowd control with Sejuani, Sylas, and Rell, and a massive late game insurance policy with Flakked’s destructive Aphelios skills. Altogether, G2 was able to snowball a couple of early game kills into horribly one-sided teamfights from the first minute onward.

EG must now wait a day before facing off against ShowMaker, Canyon, Nuguri, and the rest of Korea’s powerhouse third seed, DWG KIA. With two losses under their belt, the NA firecrackers will most likely need to be perfect on Friday, Oct. 14 when they battle for their place at Worlds. G2, on the other hand, now have to prepare for an fiery challenge against the most aggressive team in the world, JDG.