Home League of Legends Blog Welcome home: Golden Guardians signs ‘the best support in the LCS’ to kick off the team’s 2023 rebuild 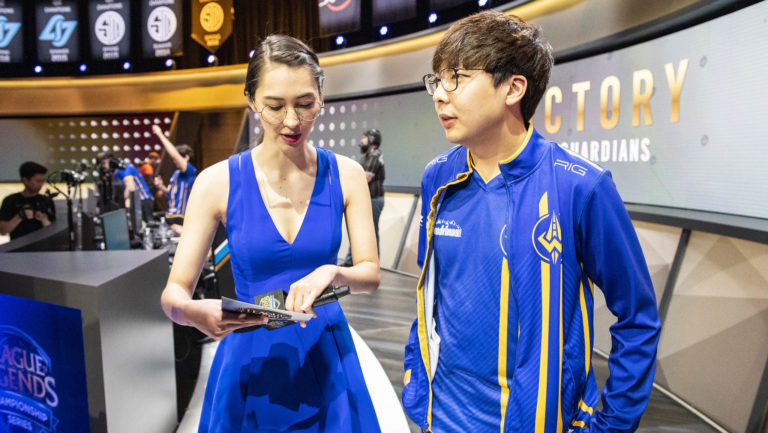 After spending several seasons as a middling team in the LCS, Golden Guardians has acquired one of the most experienced support players in the league to begin the 2022 League of Legends offseason with a bang.

Choi “huhi” Jae-hyun is signing with Golden Guardians as the team’s new starting support following two successful years with 100 Thieves, the org announced today. This also marks the second time that he’ll be playing for the organization in his extensive LCS career.

The 27-year-old played for Golden Guardians when he first role-swapped from the mid lane to support in 2020 but didn’t see much success alongside North American veterans like Kevin “Hauntzer” Yarnell, Juan Arturo “Contractz” Garcia, and Henrik “Froggen” Hansen. It also didn’t help that the team was still experimenting with different rosters at the time, preventing the squad from building meaningful synergy together.

During the 2020 Summer Split, however, the team found surprising success with a new player core of Huhi, jungler Can “Closer” Çelik, and AD carry Victor “FBI” Huang. After finishing the season with a respectable 9-9 record, they were subsequently bounced out of the playoffs but eventually scooped up by 100 Thieves in the following offseason.

With 100 Thieves, Huhi and FBI quickly became one of the most feared bottom lanes in the league. This new roster—also featuring Closer, Ssumday, and Abbedagge—transformed the organization into a top-three contender in the league. And at the 2021 LCS Championship, 100T finally captured its first LCS trophy.

Huhi became the first player to win an LCS title at two different positions and showed that he could maintain a high level of play thanks to his experience and mechanical skill. This year, 100T didn’t capture a single championship, even though they were always mentioned as threats to the crown by fans and analysts alike. As a result, the team opted for major changes across its League division.

Next season, Huhi will be pairing back up with Trevor “Stixxay” Hayes, who was his teammate back during his time with CLG from 2015 to 2018. That existing synergy has him as confident as ever before. He even called himself “the best support in the LCS” and said Golden Guardians’ bottom lane is “the best bottom lane in the LCS” in the team’s announcement video today.

The offseason, meanwhile, continues forward in the LCS, with teams looking to build winners before the start of 2023.