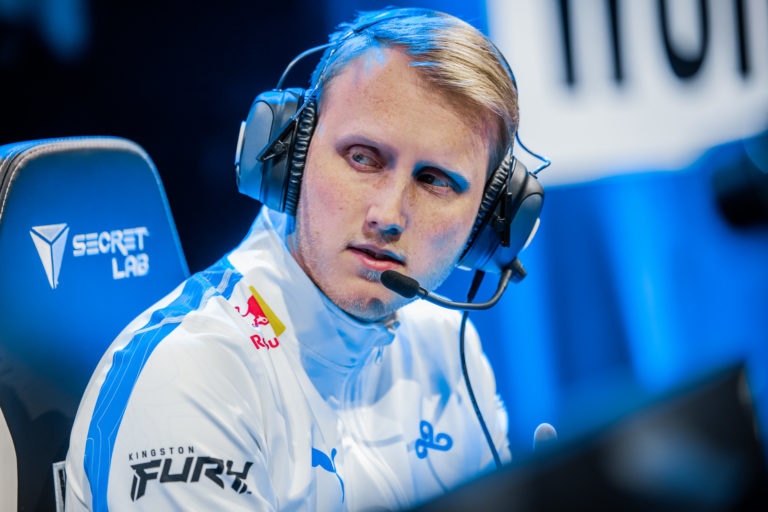 The first round robin of the 2022 League of Legends World Championship group stage is almost over. Group A’s games for this weekend are done, and by the end of the day on Monday, JD Gaming, Rogue, and Royal Never Give Up, could all have sown up at minimum a tiebreaker to move on to the quarterfinals.

On the other side of that coin, Evil Geniuses, GAM Esports, and 100 Thieves could join Cloud9 as the teams staring elimination in the face in the same amount of time.

Three games of best-of-one action in New York City has taught us a lot, and raised perhaps even more exciting questions as Worlds rolls along.

Let’s break down a few.

Is anyone else having to eat some crow after not really believing in Rogue to the degree one should believe in a European top seed? Part of the reason for doubt for some might be name value: G2 Esports and Fnatic simply carry more weight and have the international accolades to back it up.

But on a more analytical level, Rogue’s bullet run to their first LEC title, electric and well-deserved as it was, did have shades of lightning in a bottle. Greek AD carry Comp put his name on the map this year, and did it most notoriously with lane-dominant, snowball-y bottom lanes. Lucian and Nami are perhaps the most glaring example because they were the soup du jour for basically the entire world at one point not to long ago.

Even though reports of the duo’s death post-Electrocute nerfs had been greatly exaggerated, given the fact Comp and support Trymbi basically won the LEC off the back of that bottom lane, coupled with the meta in the bottom lane still having a lot of room for Miss Fortune, Kai’Sa, and Aphelios—the three most played AD carries so far at the tournament per Leaguepedia—one could be forgiven for thinking Rogue might not be as potent.

But they would be wrong.

The inverse point of that AD carry statistic is Caitlyn and Kalista have the highest pick/ban presence in their position. Teams fear lane bullies, so much so that they don’t let them through draft. And when Kalista and Soraka were let through for Comp and Trymbi, the cards were on the table for Europe’s favorite tournament surprise.

Despite a truly stalwart midgame from GAM Esports that threatened to throw this entire section into the dustbin, Rogue rallied and staved off the upset.

Perhaps most surprisingly, though, is Malrang’s insistence on playing champions like Jarvan IV and doing so in a more “herbivorous” style: one that focuses on getting his laners ahead at the cost of his own sustenance. Jarvan had been played just twice in all of Play-Ins plus groups, both times in losses. Everyone was waiting for Malrang’s high-risk, high-reward jungle style to be exposed. So far, so good.

Larssen has also been stellar, but he’ll get his flowers in another article.

The European champions’ next test will by far be their toughest. Their matchup against LPL runners-up Top Esports and their own world-beating bottom lane of JackeyLove and Mark will teach us a lot about Rogue.

But, even if they fall flat, beating the teams “below them” again in GAM and DRX would slot them through to the quarterfinals for the first time in the org’s history in now their third consecutive Worlds appearance.

Look, it’s early. Heck, just last year, Cloud9 started off 0-3 in the group stage too and squeaked out of groups thanks to an epic meltdown by FunPlus Phoenix. Back in 2017, current groupmates Fnatic started 0-4 but clawed their way back to a quarterfinal berth.

It ain’t over til it’s over.

But this is just absolutely brutal.

And every single year when, say, Team Liquid goes 3–3, what’s the prevailing sentiment? “Man, that game against [insert winnable game here] was so free, we had that.” And then they miss out on quarterfinals by one game. The group stage is extremely unforgiving. Evil Geniuses’ upset bid on Friday against LPL champions JDG, and 100 Thieves’ great early game against Korean kings Gen.G are going to come back and haunt the two squads, and fans of the region as a whole, if they don’t make it out of the group stage.

And then there are the games where North American teams just look out-classed and scared against their opponents. Cloud9 today against T1 and on Friday against Fnatic, and EG somehow looking even worse against G2 in their seventh(!) consecutive defeat against their European MSI “rivals” come to mind.

And don’t look now, but the repercussions for seeding for next year’s international tournaments will be dire if North American teams don’t shape up.

But hey, EG 3-0’d MAD last weekend. And no one can take that away from them.

A redemption day for the LCK

Two junglers in two days for DRX spelled one huge, upset win over Top Esports. Despite DRX’s undefeated run through the Play-In Stage last weekend, many still didn’t have complete faith in them, and perhaps even understandably so given the relative standard of competition in that phase of the tournament. And as anyone who has watched even a lick of Jatt on the broadcast knows, since 2014, only one Korean team has ever failed to make it out of the Worlds group stage (Gen.G went 1–5 in 2018).

With Rogue looking sharp as ever and Top Esports looming lethal alongside an unpredictable GAM, DRX were in danger of jeopardizing that near-perfect statistic.

Saturday was not a good day for the LCK’s representatives.

An 0-3 showing made it four losses in a row—one by each of the teams—stretching back to Friday’s loss by Gen.G to RNG, and left the LCK with a 2-4 black mark on its tournament record. Wins over 100 Thieves and Cloud9 got the region back to 0.500, but most impressively, Deft and the rest of DRX put together the only upset in an otherwise ho-hum day of League of Legends, results-wise. Their win over Top Esports brought the good vibes back to the Deft farewell tour, as they bullied TES AD carry JackeyLove’s Draven out of relevance before sauntering into the New York City skyline with what ended up being a one-sided victory.

The final day of the first round robin of the League group stage kicks off Monday at 4pm CT as JD Gaming tries to make it a 3-0 start to Group B play against G2 Esports.

‘I’m losing my mind watching this’: Rekkles left in disbelief over NA tactics at Worlds 2022