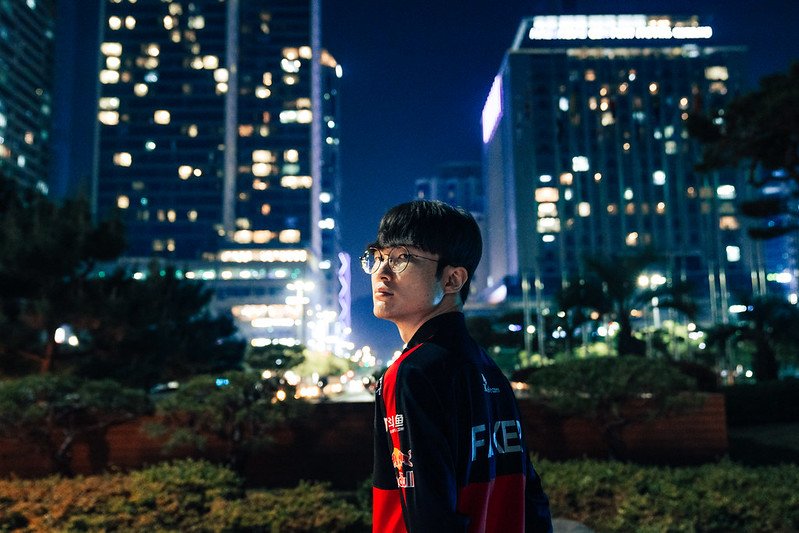 Worlds 2022 is already underway and many fans around the world are looking forward to their favorite teams proving themselves in the international stage. We’ve already discussed the top 10 teams coming into the tournament, but now people want to know who the best worlds 2022 players are in terms of their general skill-level. Regardless of role, we’ll be ranking who we think are the top 5 players in the tournament.

We can do a list featuring every player in each role, but it’s much more fun to think who the best players are coming into Worlds 2022 as a whole. The best Worlds 2022 players are undoubtedly at the peak of their performance not just because they are enabled by their roles, but because they’ve proved that they are the best players in their respective roles. They’ve proven themselves in their own domestic regions but it’s obvious that they’ll be the biggest threats internationally as well.

The best Worlds 2022 players are expected to carry their teams to victory and show an amazing performance regardless of the state of the game. These are the players you need to be watching whenever they start playing a match at Worlds. Now, let’s take a look at all of the players who we believe will rise to the top of the competition and get the attention that they deserve once they get on stage.

Xiaohu is the mid laner for Royal Never Give Up and is the 3-time MSI champion and the only player to win two or more international tournaments on different roles. He is considered one of the best best mid laners that the LPL has ever produced and even though there are a lot of mechanically better mid laners right now from other teams, Xiaohu is one that always leads his team to victory either by carrying them or giving them the resources to do so.

Many players consider Xiaohu to be a candidate towards being one of the greatest players of all-time with the final hurdle for him being a World Championship trophy. His unique laning style allows him to highlight his teammates while also being a reliable carry. In Patch 12.18, Royal Never Give Up’s signature playstyle and picks are up in the meta, making them one of the most dangerous teams in the tournament despite only being the 4th seed.

Zeus is the top laner for T1 and is the worlds biggest rookie of 2022, quickly becoming the star player of the team in just one season despite having top players like Faker and Keria in the team. As an 18 year old, he is one of the youngest players in the tournament, but his inexperience is the only thing that people can throw at him. Zeus has proven that he is one of the best top laners in the world and dominates his matchup no matter who the other team throws at him in the tournament.

Zeus has already proven himself in the international scene, only narrowly losing to RNG in the MSI finals. Any analyst would tell your that Zeus is one of the best players in 2022 and he will only be going up from this point in his career. As the 2nd seed of the LCK, he is expected to carry the team once again especially with the meta in the top lane being very impactful in the current patch.

Kanavi is arguably the smartest jungler in the world today and his unique pathing allows him to dominate the map in a way that other junglers simply can’t keep up with. The main reason why JD Gaming managed to win most of their games is thanks to Kanavi out-macroing the competition and taking smart objectives and managing to execute successful ganks. He also has a very wide champion pool that trumps all the other junglers in the competition.

This player has had a very successful career ever since his arrival in the LPL, winning rookie of the split in 2020. While JD Gaming has not had a successful run in 2021, they finally managed to create the perfect roster that allows Kanavi to execute his style. He is the player that other teams need to look out for when they are playing against JD Gaming and if they can’t keep up with his plays, the team will just run the game down in their favor.

While Kanavi is undoubtedly the key to JD Gaming’s success, 369 is simply too much of a powerhouse top laner that we can’t ignore adding him to the list. He is able to claw out advantages from the tiniest margins and his laning phase is unparalleled not only among all other solo laners, but as one of the best Worlds 2022 players as a whole. He is a massive threat in the solo lane and can play a myriad of champions despite being blind picks.

His laning is exceptional and with a jungler like Kanavi, his always guaranteed to succeed in the lane. Small advantages snowball in his hands as he manages to put massive pressure on the opponent even if they are playing a favorable matchup. Once he gets involved in teamfights, the game instantly becomes harder to win for his opponents.

Chovy is undoubtedly the best player in the world not just for 2022, but for several years already. Unfortunately for this man, he was always unlucky to be placed in teams that had massive liabilities and always lost due to not being able to carry the dead weight. This year, Gen.G has created a superteam that revolves around him and his true potential is fully unlocked with a reliable jungler and non-losing side lanes.

He is the most mechanically-gifted player in the world and is outstanding in the laning phase where he always gets a lead over his lane opponent. Chovy has rightfully earned the title of being the best Worlds 2022 player and there is no one to remotely close enough to challenge him for this title.

HE IS BACK!… And More DEADLY Than EVER BEFORE! (But Who?!)

NEWDYR CAN EASILY SOLO BARON…. OR CAN HE?!