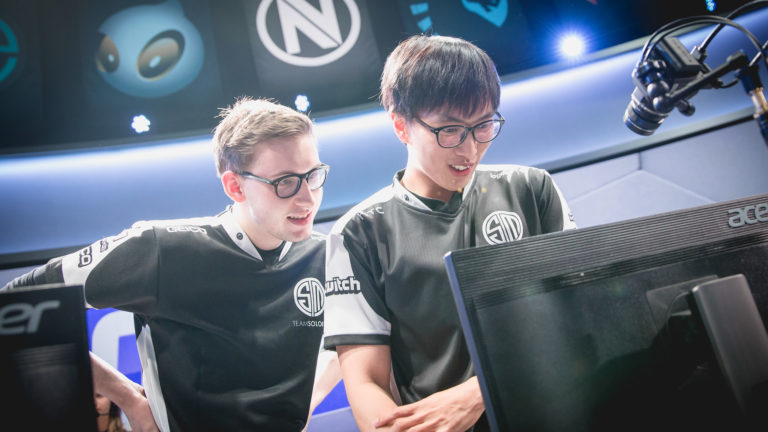 One of the greatest duos in North American League of Legends history is back.

Legendary mid laner Bjergsen has reunited with superstar AD carry Doublelift on 100 Thieves’ starting roster for the upcoming competitive year, marking the third time that these two icons will have joined forces in their storied careers.

Both stars are coming together after spending the last two years on opposite sides of the scene. Doublelift stepped away from professional play for two years and focused on his streaming career, while Bjergsen stayed as a coach for TSM and later on became a member of Team Liquid’s unsuccessful attempt at a superteam in 2022.

The last time Doublelift and Bjergsen played together was in 2020 when they were joined by Spica, Biofrost, and Broken Blade on a roster that struggled to find consistency during the Summer Split but managed to string together an incredible run that led to the team’s seventh LCS trophy. This triumph was short-lived, however, when TSM ended on the wrong side of history.

At the 2020 World Championship, TSM failed to win a single game during the group stage, making them the first pool one team in the history of the tournament to go winless. This colossal failure led to sweeping changes in the organization from the roster to coaching staff, with Doublelift effectively retiring and Bjergsen switching to head coach duties for 2021.

This year, Bjergsen and Liquid attempted to build a new superteam with Bwipo, Hans sama, CoreJJ, and Santorin, but they couldn’t find the right synergy to make the powerful roster work. This lineup never made the finals in either split and missed Worlds entirely, leading to a fresh start this offseason.

Doublelift and Bjergsen mark a new beginning for 100 Thieves after the organization stuck with the same roster for three seasons in a row.

The lineup—featuring a core of Closer, FBI, Ssumday, Abbedagge, and Huhi—always maintained their place as a top-three squad but only found success in 2021. Since then, they always came up short when the playoffs rolled around, and after another early exit at Worlds, the management decided to shake things up for the new year.

These two legends will be joined by multiple rookies, including Tenacity and Busio, who have been in 100T’s development system since 2020.

The only remaining player from the org’s old roster is Closer, who has established himself as one of the best junglers in the region.

The heist is back on and this new set of Thieves is ready to play in 2023.