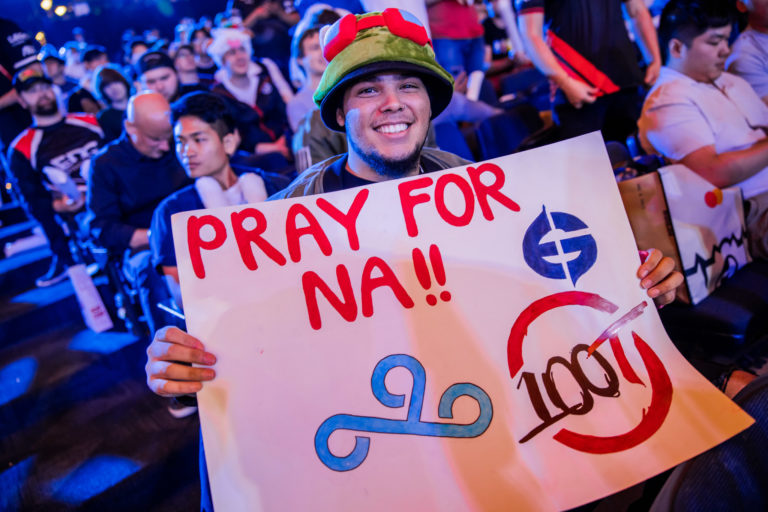 In the first half of the 2022 League of Legends World Championship group stage, the North American teams did not showcase their best performances. With the second round of the group stage just around the corner, we’ve looked at some facts and statistics that paint a grim future for NA at Worlds, starting with the region’s infamous win rate so far.

Despite all teams representing the region having successfully reached the main event of the competition, none of them have claimed a single victory in their respective groups yet. But the situation goes deeper than the win rate. In fact, to win in League, a team must at least enter the opponent’s base. But neither Cloud9, 100 Thieves, nor Evil Geniuses have done that so far.

Related: One thing each North American League team needs to do better in the second week of Worlds 2022 groups

None of the NA representatives at Worlds 2022 have succeeded in taking down at least one inhibitor yet in the group stage. And they haven’t even destroyed the defenses prior to that either, really. In fact, during these first nine matches in total for the region, none of its teams have destroyed a tier-two tower yet, but at most only the first block defending their foe’s part of the map.

In general, all three teams have been performing well during the first 10 minutes of their matches. But during the mid-to-late game, their initial strategy is seemingly completely discarded and their opponents’ strength during teamfights overwhelms the NA representatives, leaving them to try to defend their base and therefore being less proactive on the map. The bold performances NA teams have showcased in their home region’s competition over the past few months seem like a thing of the past as they get trampled on by every opponent at the World Championship.

What is most surprising is to see the NA Summer Split playoff champions C9 fall all the way to the bottom of the rankings in some statistics, even further down than GAM, the only other team to have not won a match yet. In particular, C9 have the lowest in-game kill average of all teams, the least towers destroyed, and the lowest average KDA, according to Game of Legends.

The teams representing the hosting country of this year’s World Championship all still have a chance to make it to the playoff stage, but it’s very slim. The first team that will have to try to change the trajectory of their destiny is the defending champions of the region, C9, who will face the second round of the group stage tomorrow.