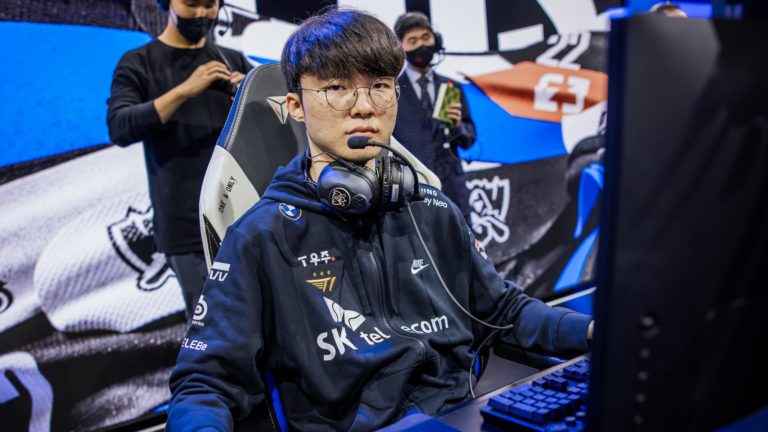 The first round robin of the 2022 League of Legends World Championship group stage is over and teams will now have a two-day break to prepare for the upcoming matches.

We saw a lot of action in the first three best-of-one games and many players have stood out for high KDA, like Royal Never Give Up’s jungler Wei, closing the first round robin with a 42.0. That being said, having one individual player with godlike statistics might not always be enough at Worlds.

Today, we will take a look at the best three teams with the highest team KDA in the group stage so far and see what they did better compared to other participants. Let’s break them down.

Prior to the start of the tournament, fans had doubts about the LCK second seed’s potential at Worlds. Their first round-robin performance, however, proved that T1 are ready to fight.

While they lost to Fnatic, T1 beat both EDward Gaming and Cloud9 and they are currently first with a 2-1 score, tied with both the LEC team and the LPL team. Aside from the results, though, T1 are having a better showing than what we saw during the LCK summer playoffs. They are playing smartly around the objectives and playing around their bot lane. Gumayusi and Keria have been delivering, as they are also the best ones in terms of KDA within the team, respectively at 8.8 and 8.0, according to Games of Legends.

Their stats, together with the consistent stats of the other three players, allowed T1 to close out the first round robin with an average team KDA of 5.78.

Rogue have been the greatest surprise for western fans so far at Worlds. Hardly anyone expected them to be at the top of the standings in Group C and do it by dominating all of their opponents.

Everyone on the team is delivering and the stats are consistent across all roles. Top laner Odoamne, mid laner Larssen, and ADC Comp have a 12.0, 13.0, and 13.0 KDA respectively, according to Games of Legends. Paired with jungler Malrang’s 7.8 and Trymbi’s 4.9, the European team are sitting with an average of 10.14.

The LEC first seed are great at finding early action with Malrang’s game presence and snowballing their leads from there. Not only that, but their read on the meta has also been on point, as they have found the strong picks that work for their own playstyle. With Rogue performing so well in the group stage so far, they might be EU’s biggest chance at a deep run at this year’s Worlds.

1) Royal Never Give Up

Royal Never Give Up had a trickier run than fans expected in the play-in stage, but their group stage performance has been stellar so far.

We already mentioned Wei having the highest KDA so far, but RNG also have their ADC GALA who also achieved a whopping 40.0 KDA, according to Games of Legends, as both have only died once in three different games so far. The LPL fourth seed are the No. 1 team when it comes to the KDAs with a gigantic average of 21.92, more than double what the second-place Rogue have achieved.

RNG have been a dominant force in Group D, destroying everyone else, including the LCK powerhouse Gen.G in what was a one-sided series. The team relies on constant proactivity, with coordinated actions on the map to build leads in the early game. After getting the initial advantage, the team controls the flow of the game by playing around objectives and making the enemies bleed bit by bit. While the team’s average KDA will likely drop over the course of the group stage, RNG’s consistency should allow them to still be in the lead at the end.

Worlds 2022 will return with the second round robin on Oct. 13. Group A will fight to determine the top two that will qualify for the knockout stage.

That charming man: Trymbi has a better win rate than Hylisang on Rakan

WTF!? These NEW Season 13 ITEMS Are ACTUALLY SO FUN On Renekton!