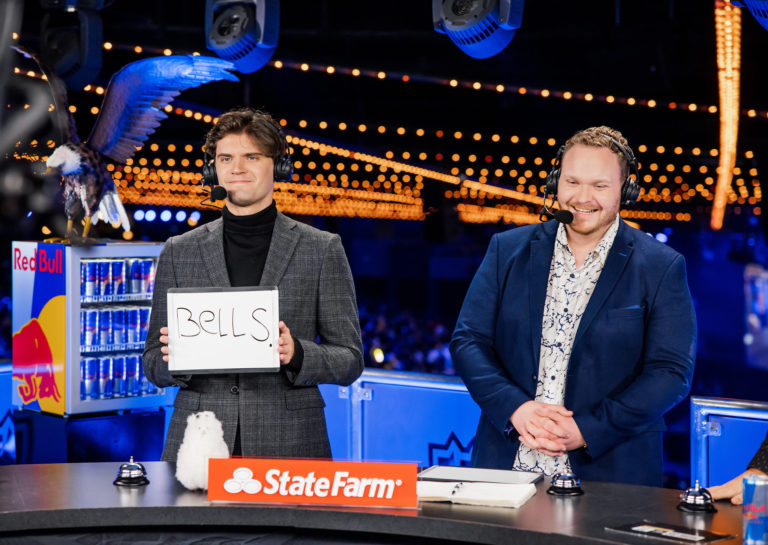 The 2022 League of Legends World Championship semifinals might be made up of three LCK teams and one LPL representative, but there won’t be a single caster from either region featured on the broadcast moving forward.

Max “Atlus” Anderson, Maurits “Chronicler” Jan Meeusen, and Rob “Dagda” Price have all confirmed on social media that their time at the tournament has come to an end following the quarterfinals, ensuring that all broadcast talent moving forward will be from the LCS and LEC.

Atlus started his play-by-play during the second day of the group stage in New York and last casted the thrilling five-game series between Gen.G and DWG KIA. Chronicler and Dagda both started on the same day of the play-in stage, but the former ended his stint at Worlds 2022 with the legendary DRX vs. Edward Gaming series while the latter was a color commentator for the T1 vs. Royal Never Give Up showdown. Dagda also had to miss his last day on broadcast due to food poisoning.

Many fans voiced their disappointment with the decision, saying that there should be an English-speaking caster from at least one of the two regions competing on-stage this weekend. With T1, DRX, Gen.G, and JD Gaming battling it out for gold and glory, it would make sense to have an expert from those regions giving insight to the viewers in attendance and at home.

Most of the sentiments aren’t meant to tear down the other broadcast members, either. Every caster and analyst has been great so far, but the trio of Eastern voices headed home have been exceptional, whether they’re hyping up an exciting moment or dishing out some knowledge that might not have been known to the general public.

Atlus, Chronicler, and Dagda have been absolute stars on the biggest stage and will be leaving fans wanting more for next year when Worlds comes around once again in October.