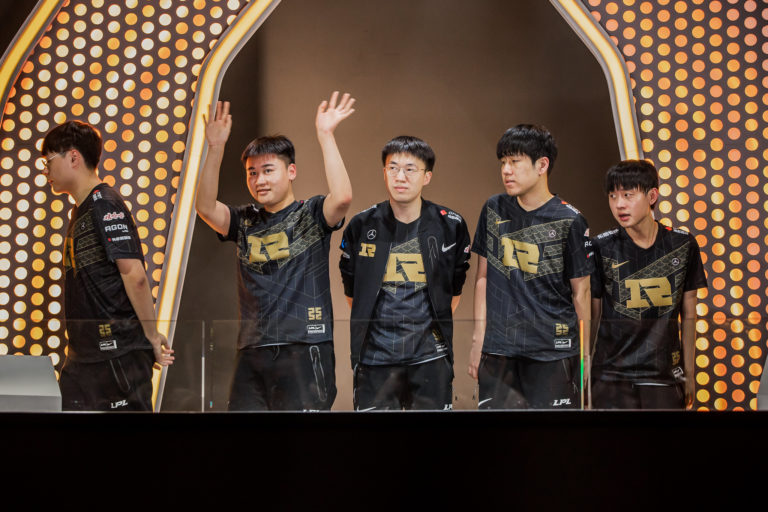 Korean champions Gen.G largely got to where they are by playing at a higher level than the sum of their extremely individually talented parts. With that immense talent and cohesion comes the ability to play picks that not even a wonderfully diverse Worlds meta would open the door for, like Gen.G support Lehends’ support Singed.

Against Royal Never Give Up in Group D play today at the 2022 League of Legends World Championship, it did not work.

The loss for Korea’s “superteam” is also Lehends’ first defeat on his pocket pick all year. Previously 5-0 on Singed going back to the 2022 Spring Split, according to Games of Legends, the Gen.G support was met with aggression early on from the bottom lane of RNG, buoyed by jungler Wei’s Graves and mid laner Xiaohu’s Lissandra.

To oversimplify, Gen.G drafted themselves into a hole. If top laner Doran’s Aatrox wasn’t able to mitigate the damage in the early game and give mid laner Chovy and AD carry Ruler enough time to scale, the Korean squad would have no way back.

By some metrics, Gen.G were executing that game plan. Chovy and Doran were each up huge amounts of farm and, as a result, were first to various key item breakpoints before teamfights. But that’s all they had going for them. Because for every pile of gold that Gen.G’s laners found themselves sitting on due to their advantages on a micro-scale, RNG made it up twice over with decisive plays all over the map, often in skirmishes without the aforementioned Chovy and Doran. What in another life might have been a means to an end for the Korean team were with more hindsight simply reactions—the best they could—in response to RNG’s superior macro play.

By the point in the game the timer was in the late 20s—the time that Chovy and Ruler should have been taking over the game—all they could do when Ming and Wei were the ones starting fights was be melted by GALA’s damage from an Aphelios that had been quietly piling up gold and power.

Though these two teams are the two favorites to advance from Group D, it was a surprising result in and of itself to see a shaky Play-In stage flow right into such a one-sided victory for RNG.

Both teams have the day off tomorrow but resume group stage play on Sunday, Oct. 9. Gen.G take on 100 Thieves at 5pm CT and RNG will take on CTBC Flying Oyster of the PCS later that day at 8pm CT.

Reign of dominance: T1 topple the world champions in group stage of Worlds 2022