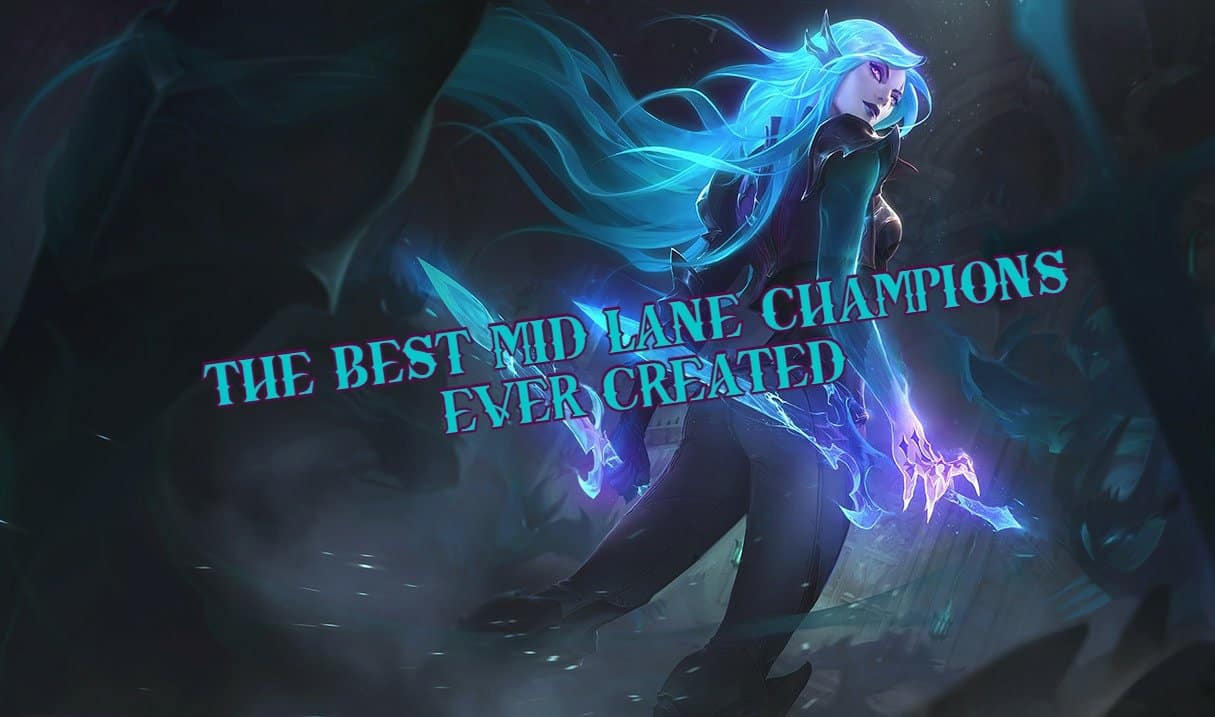 League of Legends has over 160 champions available for play and about a fifth of them are regularly played in the mid lane. A common discussion in the community is who the best mid lane champion is in terms of their relevance in the role. Today, we’ll take a look at some of the champions that have stayed relevant and have been a crowd favorite through the years ever since they’ve been introduced in their respective roles.

The mid lane is arguably the flashiest lane and most popular lane in League of Legends where most of the most famous players in history often make their names. This role has a wide variety of picks that showcase a player’s skills and mastery over the game. Even though there are many champs that have been popular in this lane over the years, only a few have been consistently considered the best mid lane champions regardless of the patch.

The best mid lane champions are those who have retained relevance regardless of the patch. We’ll also be ranking them according to how they impacted the role and created a difference in how it is played. These champions have been around for a very long time and are still popular in the role today. While there are a lot of good champions in this role, we’ll be taking a look at the top 5 units that we consider are at the top of the list.

Azir is number 5 on our list and it’s no surprise that the Emperor of Shurima makes it to the list. This champion is one of the most powerful laning champions and a true tyrant in the mid lane. He has dominated the competition for years in both the casual and competitive scene with his unique playstyle. Azir is also one of the hardest champions to play and has been in the spotlight many times for having insane highlights.

The Emperor of Shurima has created a unique identity in the mid lane that emphasized oppression and patience. Players who have played or faced against this champion know that he is like ticking time bomb that is constantly waiting for the enemy to make a mistake. He is incredible at teamfighting, zoning the enemy team, and managing the macro state of the game by creating pressure points through his placements of Sun Discs.

Twisted Fate is the oldest champion on this list but he isn’t in any way an outdated unit whose best years are way behind him. While he isn’t the most powerful champion in the game, he offers a global threat that makes him one of the scariest mid laners to play against because you never know where he’ll come popping out of when you’re minding your own business in the side lanes.

The value of Twisted Fate that makes him one of the best mid lane champions in history is that he emphasized the value of the roaming mid lane. Roaming has always been the central strength of mid laners since they had access to both side lanes quickly. With Twisted Fate’s kit, he makes it easy to catch out an enemy champion by capitalizing on a long-distance teleport to instantly CC an enemy that has walked just a little bit too far forward.

Even though tanks in the mid lane have already been popular before his rework, Galio is the only champion that has truly made his home as a non-gimmicky mid lane tank pick. He has changed the way the game is played by allowing top, jungle, and support to pick non-tank champions without sacrificing the innate power of what makes a mid lane mage so important in the current team composition.

Like Twisted Fate, Galio has a global ability that allows him to roam, which isn’t the case for most mid lane tanks. The true importance of Galio is that he was created as some sort of “anti-mage” champion that poses a threat to a lot of common picks in the role that have run rampant in the meta due to having very few counters. He has changed the dynamic of picking mid lane champions so that even the most powerful mage will feel powerful against this stone giant.

Sylas is the king of the mid lane, even though he absolutely hates any form of leadership. This mid lane champion has changed the dynamic of pick and bans as a whole, with the enemy team constantly being cautious of what champions they choose unless they want to be punished by a single champion. He has become such a dynamic force in the professional League of Legends scene that there is not a single game where he isn’t a massive threat.

Most melee mid lane champions before Sylas has either been assassins or tanks. Sylas is one of the few champions that is a dedicated mage. Even though he doesn’t have innate bulkiness, his main survivability tool comes from his powerful healing skills. Combining that with the ability to steal any ultimate on the enemy team, he becomes extremely hard to deal with especially in coordinated play where teamfights become a relevant factor.

In chess, the Queen is more powerful than the King and LeBlanc wears the crown. LeBlanc had times where she has been broken but there is never a time where she became useless. This is due to her entire skill kit relying more on the player’s mechanical skill rather than the numerical value of her abilities. This means that the only thing that will make this champion weak is when it’s being used by a player who can’t pilot her properly.

LeBlanc deserves the title of being the best mid lane champion every created in League of Legends for being a reliable carry through the years. Even though we emphasized how she can only be weakened by an inexperienced player, it’s not like she’s an extremely difficult champion to learn. She has reigned as the supreme mage assassin in the mid lane for years and that won’t be changing anytime soon.

SK Gaming round out 2023 League roster with support pick-up