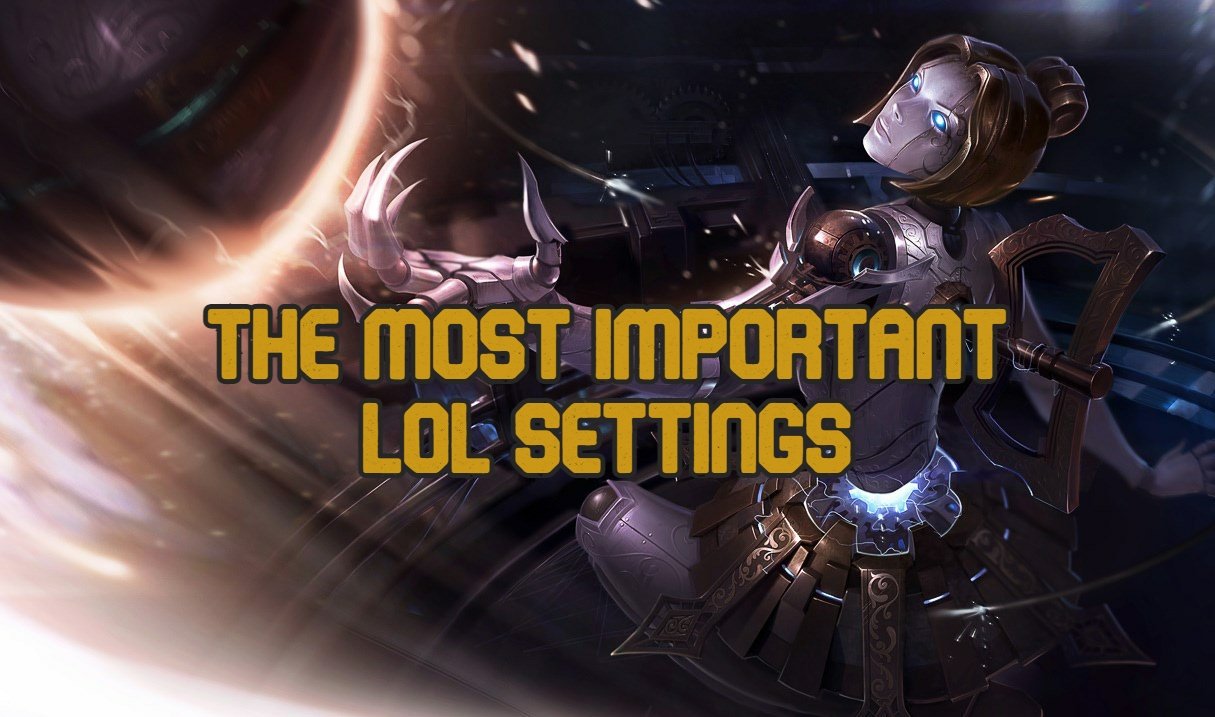 Players who get past the beginner stage often try to find different ways to get better at League of Legends. One way to achieve that is to properly configure your LoL settings to your gameplay more efficient by gaining access to advantageous changes that can really help you perform better in the game. That’s why we’ll be introducing some of the most important LoL settings that players definitely need to check out to help them have a better time playing the game.

LoL Settings You Need To Configure

There are a lot of settings in League of Legends but you don’t have to tamper with each and every one of them. Some LoL Settings are best left alone since they are synced according to your PC’s capabilities so trying to increase or decrease their values may actually just hurt your experience rather than improve it. Because of that, we won’t be talking about Graphics and Audio settings since those are mostly subjective to the player and their computer.

While a player’s skill isn’t totally improved simply by editing a few settings, it can help in improving things like aiming, action fluidity, and map awareness among many more tiny things that can impact the game at a greater level. Players shouldn’t underestimate how easier it is to play the game just by tinkering with the settings. Let’s take a look at some of the best game settings that players need to edit to improve their gameplay.

Quick cast settings are the most important configurations that players need to modify as soon as possible. Once a player switches from using manual casting to quick casting, that player ascends from being a total beginner to the average level. It’s a good idea from players to enable all their quick cast settings and start practicing how to use them at an early level. Even if you mess up, you should persevere since it’s better to get used to it as early as possible.

For advanced players, there are two more settings that need to be enabled. These are the “Enable Quick Cast with Quick Cast Indicator in the quickbind UI” button, which allows players to see the skill range and direction indicators while quick casting, and the “Cast the pressed spell upon pressing another spell”, which is a function that allows players to immediately cast another spell and add it to a sort of queue even if the animation or duration of a current spell isn’t resolved yet.

One of the biggest problems that some beginners may experience is not having very good map awareness, cause them to react slowly when getting ganked. While map awareness itself is a skill that the player needs to learn by themselves, there is a way to help them have an easier time doing so. The best way to do that is to increase the size of the minimap in the LoL settings to allow the player to easily notice ganks or pings.

Players don’t have to increase their minimap size to double the size because that can hurt your gameplay as well by not being able to access a part of your screen. Some players also like to change the positioning of their minimap from the right-side to the left-side, which can prove to be an advantage if your perception leans more towards that side of the screen. For more veteran players who are used to the game, there might not be any need to configure your minimap settings at all.

Interface settings refer to a broader set of configurations in the game within the game that affects your UI. There are a lot of things that players can edit here with most of them being very important for your gameplay and can really introduce some important macro points that most players don’t realize they need. We’ll be listing them down below:

All of these settings introduce different ways to give players an easier time to process information while playing the game. Things like knowing summoner timers and being able to see more of the map are important to mastering your macro skills. There are many more settings in the interface settings but we don’t recommend changing them up because it can be hard to track what you changed or removed.

Not everything is given a hotkey in League of Legends. For example, you might be surprised to know that the Vision ping doesn’t have a default button, so you might get surprised that such a ping is used in game. To change your hotkeys, you simply have to go to the Hotkeys settings where you change your Quick Cast settings and scroll down to see additional drop-down tabs involving different commands.

There are only two useful hotkeys that you might want to add which are the “Area is Warded” ping in the Communications tab and the “Target Champions Only” toggle in the Abilities and Summoner Spells tab. It’s important to know your target champions only toggle because you might mistake it as a bug when you can’t click on things like minions, monsters, or even the shopkeeper to buy items.

Third-Party Overlays involve downloading add-ons to the game. We’re not talking about illegal software that players use to cheat in the game, but Riot Games-approved overlays that make it more efficient for players to function. One common example is the Blitz Overlay, which is a popular software that players use to improve their gameplay by being introduced information like spawn camp timers and matchup winrate.

Unlike LoL settings, you can’t really change them in the client itself. These can be modified in the software’s settings but most of them are already optimized to only include the most important pieces of information. Be careful on what software you’re downloading because some of them might include harmful files that can destroy your PC. However, don’t be discouraged to download softwares like these because it can really help improve your gameplay.