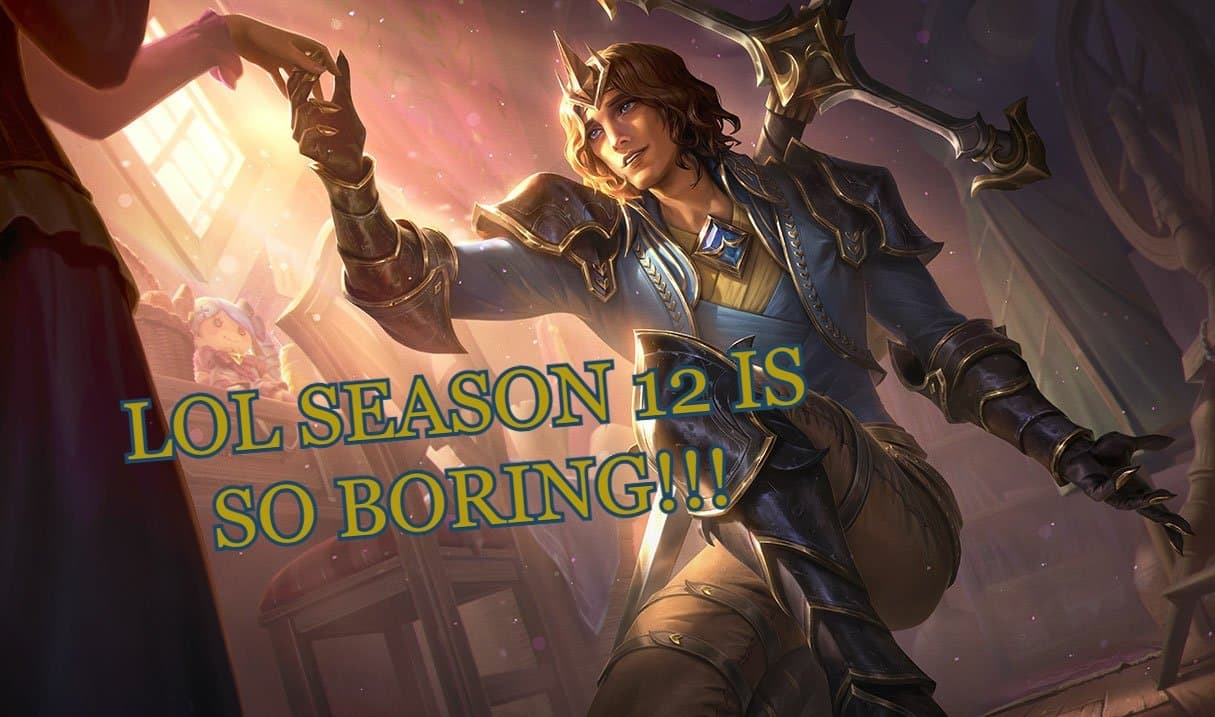 The LoL 2022 Season is about to come to an end and we can’t help but say that it has been the most boring the game has been since its release. The game started out disastrous with major updates completely failing and no exciting events to fill up the void unlike the previous seasons that included the Ruination and Spirit Blossom events. Let’s take a look at how Riot Games botched the season completely by not providing enough content.

The League of Legends 2022 season was completely botched when major updates that included the release of both the Hextech Drake and Chemtech Drake introduced a mechanic that was simply too broken to stay. This prompted Riot Games to completely remove the Chemtech Drake leaving the only major change being the addition of the Hextech Gate and a few major changes and additions to the runes and keystones.

The champions that released this season were completely balanced, not drawing any controversy as previous releases did in older seasons. While this is a good thing, it didn’t really spice up the game as they weren’t really popular choices after the first few weeks of their release. The most exciting champion that came out this year was the reworked Udyr that fans have been waiting for in past years, but even that didn’t really prompt a huge reaction from the community.

Additionally, Riot Games didn’t really introduce any new game modes or events that stuck to the playerbase. Although, the skin lines were absolutely fantastic as usual and the music videos as well as the cinematics really gave more life to the game. It makes us think that every other department is doing well to make League of Legends interesting aside from the gameplay department itself which holds the most impactful role for more players to stick around.

Even though nothing exciting happened throughout 2022, nothing horrible gave the game an extremely bad rep. The most impactful part of the year is that international tournaments have finally been available for a live audience in the esports scene, giving a sense of normalcy for the hardcore fans. While Season 12 isn’t over yet, it doesn’t seem like Riot Games will be adding anything more to really impact our interest in the game.

Why Didn’t We Get Anything New For Season 12?

Many people claim that it is because Riot Games is working on a lot of projects for the past months ahead of LoL 2022 Season that involve their other games such as the LoL MMO and Riot Forge projects. However, Riot Forge is a separate entity that outsources most of its titles to individual developers so that shouldn’t impact the progression of League of Legends that much since it has its own team that works independently on the game.

Working on other projects may be unlikely to be the cause of this content drought but it’s not unlikely that it’s because Riot Games invested their resources on said projects. Riot Games may have redirected their focus on other games during the pandemic years, causing very little budget to be placed in new content for League of Legends. This means that the staff is mostly receiving money just enough for maintenance and minor developments like reworks and the creation of new champions.

There is no news of Riot Games laying off any workers. In fact, they are hiring more people even before the LoL 2022 Season so we were optimistic that they’d get more features added to the game and solve a lot of standing problems that the game had. We did see a few senior staff leave the team that might have impacted the overall pace, but it’s hard to say that for sure without understanding the structure and leadership that they have in that sector.

It is possible that it’s simply difficult to add more features to the game without changing it too much that it completely removes the identity of League of Legends. Major changes can also be a bad thing, especially if they don’t follow proper pacing. It’s likely that their failure with the chemtech drake made them rethink their approach to the game by reviewing any features that they planned to add in the LoL 2022 season.

Riot Games already announced exciting additions to the 2023 season and it’s far more interesting that what they announced last year with the return of the Chemtech Drake and the return of familiar items that will make their appearance as new mythic and legendary options in the shop. Riot Games has already laid out a roadmap that teases the new champions that will come to the game in the following year that will expand on the story of the Darkins.

It won’t be fair to say that season 13 will be better than season 12 when we only have the speculative data rather than experiencing the patch itself. There’s a lot of things that can go wrong once the new season comes out but we doubt that Riot Games will make the same mistake that it did during the LoL 2022 season. We might see a lot of improvements that might bring back League of Legends as a fan-favorite game across the world.

Is Season 12 the Worst Season For League of Legends?

It’s not exactly the worst season League of Legends ever had, but it’s definitely uneventful in terms of new content. There are some seasons that introduced horrible mechanics like the changes to marksmen in patch 8.11 that proved to be the death of ADCs for the following years. Riot Games instantly fixed all of their mistakes during this season by either hotfixing them immediately or removing them from the game.

Some players may consider it the worst season they ever played League of Legends which is completely fair because every player’s experience is subjective to their own sense of enjoyment and appreciation. However, this season doesn’t have any major failures that automatically make it the worst season objectively. Regardless, it feels like a giant loss for Riot Games and the community that this S12 turned out this boring.

YamatoCannon reportedly out at Fnatic after 2 seasons with LEC team