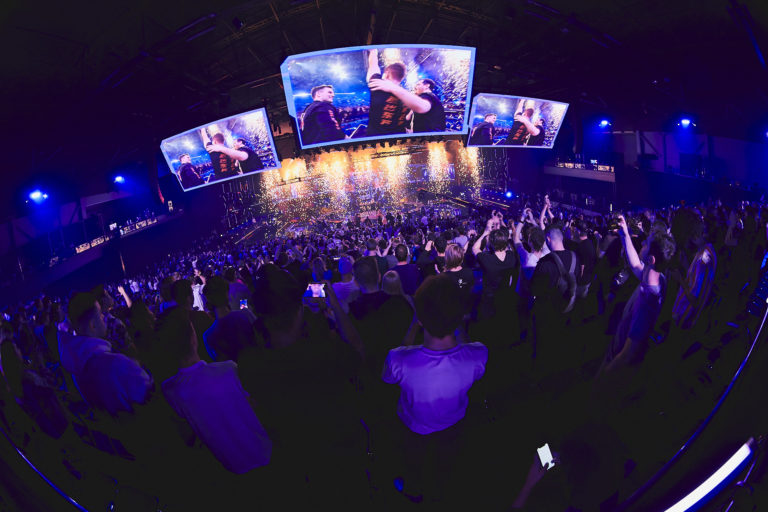 Move over LCS, you’re getting a new roommate starting next year. For 2023, Riot Games wants to push pro League of Legends and VALORANT as its flagship esports programs, and in North America, that means the two will have to get along in a shared space.

Starting in 2023, the LCS and the VCT Americas League will share a stage at the renamed Riot Games Arena (formerly known as the LCS Arena). Apart from a new name, the venue will be getting “a full refresh [and] makeover,” featuring a new 18-feet-high stage “that transforms to fit the custom layout of each esport” and “over 1,000 LED screens,” according to last night’s LCS schedule update post.

The new schedule itself for both esports has drawn significant attention, with the VCT Americas League getting an afternoon/early evening broadcast window of Saturday through Monday, while LCS moves to Thursdays and Fridays (and sometimes Wednesdays). The LCS move has raised some concerns in the NA League community, with folks like LCS caster Azael expressing their fears about what the changed schedule will do to viewership.

Looking at the schedules for European and North American Riot esports, it does look like the LCS operates at the worst times in terms of potential viewership. The LEC starts at 6pm for Central European Time and runs Saturday through Monday, while VCT EMEA runs at the same time Wednesday through Friday. Of the four leagues for NA/EMEA League and VALORANT, the LCS is the only one that runs only on weekdays around the middle of the day for its respective region.

On top of that, the LEC gets to keep its own studio in Berlin while a new one for VCT EMEA is built across town, but LCS now has to share a home. But renting or owning a space in Los Angeles isn’t cheap, and it sounds like the former LCS Arena is getting a pretty sizable visual overhaul at least.

The LCS will get the space to themselves for the 2023 Spring Split, though, since the VCT kickoff event in Sao Paulo, Brazil will run in place of the traditional first split for this inaugural season.

Weigh in: Riot is asking fans which League champions should get mid-scope updates next year