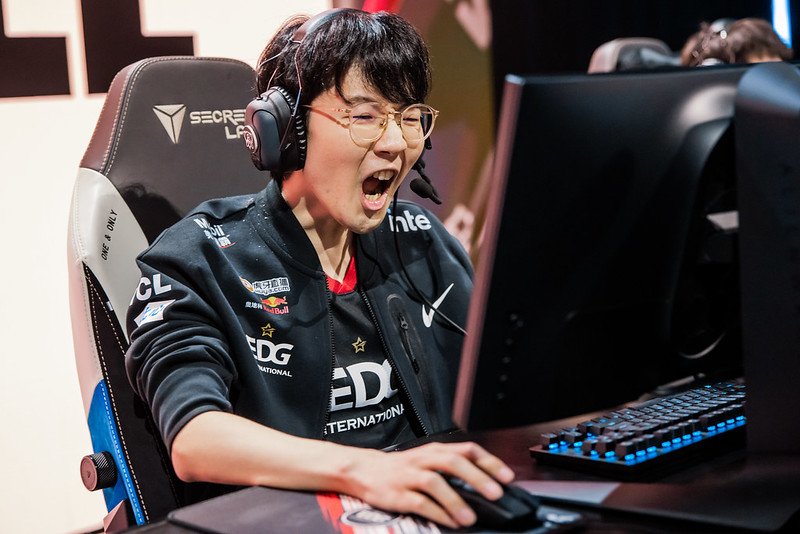 The Asian Games 2023 season is one of the most important events not only for physical sports and disciplines, but also for esports competitors as well. Out of all the countries competing in the tournament, South Korea’s male athletes have the most to gain from winning a Gold medal as they are excused from attending a 2-year mandatory military service. For League of Legends players, this is a once in a lifetime chance to extend their careers to play professionally.

League of Legends in the Asian Games 2023 Event

League of Legends is one of the main events that will be competed in the Asian Games 2023. The official title is “Asian Games 2022” since it was originally scheduled for September this year but the Covid situation in the host country of China became too much of a safety hazard for it to continue as scheduled. Instead, it was rescheduled for September-October in the following year of 2023 with League of Legends as one of its primary events in the broader category of ESPORTS.

Participating Asian teams will have a roster of 5-6 players each only with players that are native to their home country. In the 2018 Asian Games, eight teams participated included teams from South Korea, China, Chinese Taipei, Vietnam, Saudi Arabia, Indonesia, Pakistan, and Kazakhstan. Team China ultimately won the tournament and took home the Gold medal for their country as they defeat Team South Korea with a score of 3-1.

League of Legends has not yet officially been recognized as its own primary event in the Asian Games, but the category of esports includes titles like Dota 2, League of Legends, PUBG Mobile, Arena of Valor, FIFA, Street Fighter, Hearthstone. This means that esports has been slowly gaining recognition as a true sport around the world, especially since the esports scene is growing quickly among the younger people in this generation.

South Korea has the most outsourced talent out of all the countries in the world with some top players from every region being native to the country. For example, top players in the LPL include Kanavi, Viper, Scout, TheShy, and Rookie are all born in South Korea even though some of them made their names competing in the Chinese League of Legends scene.

Why is the Asian Games 2023 LoL Tournament Important For South Korea?

As we’ve already stated before, South Korean players who win a Gold Medal in the Olympics or Asian Games become excluded from mandatory military service that last for two years. When a player enters mandatory military service, it is often associated with their retirement because the time they’ll spend away from professional League of Legends means that they’ll either be too old to compete or they’ll be too rusty to keep up with the younger generation.

South Korean esports players have ridiculously short career spans because of the mandatory military service. There is no way around participating aside from attaining prestige for the country or being tested as physically unfit to join the military, which in that case will include being unfit to compete in esports as well anyway. If a player gets the chance to avoid military service, they’ll be able to keep competing and have a lengthy career span that will secure their financial stability.

In case South Korea does not win the Gold Medal (placing 2nd or lower), they will not be exempted from mandatory military service. Unfortunately, the only way to attain the exemption is to win 1st place, which is something they were not able to do in the 2018 Asian Games. Most players only have one shot to compete in this tournament since the younger generations tend to outperform the veterans in South Korea.

It is a massive loss for the players to lose the tournament because the Asian Games only happens every 4 years. Luckily for the region, they are considered heavy favorites in every tournament that they participate in and only have China as their only true competition in the tournament. However, they’ll still need to beat their rivals if they want a chance to take home the Gold Medal.

How Are Players Chosen in the Tournament

Participating players in the Asian Games 2023 esports tournaments are chosen by their respective countries depending on their method of choice. In some countries, special tournaments are held to showcase the skills of each team. In other countries, a board or committee of specialists and analysts are in charge of hand-picking the best players from each role depending on their performance during the regular season.

For major regions like China, South Korea, Chinese Taipei, and Vietnam, the selection process is more rigorous as they are competing at a higher level as compared to the other countries. For China and South Korea alone, they have a large number of superstar players that it’s difficult to choose the right player for a specific role. As such, they often send the most successful player from the previous and current seasons to represent their country in the tournament.