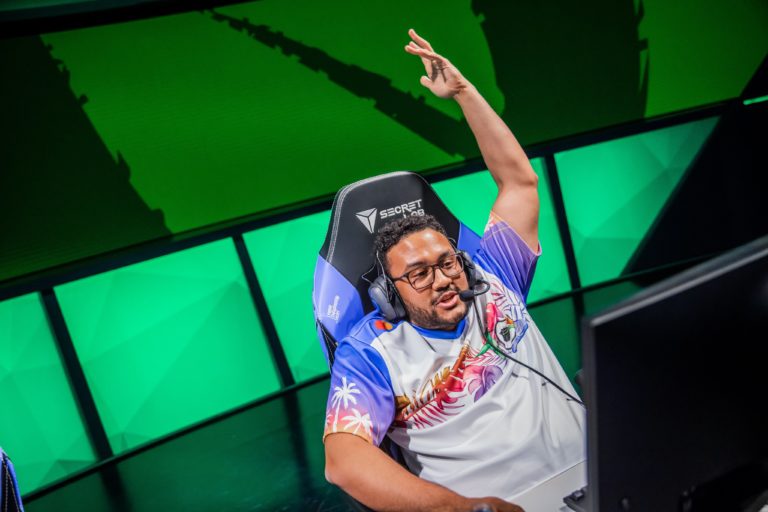 A couple of weeks have passed since the start of the LCS offseason, and slowly but surely teams are beginning to lock in their rosters for the upcoming 2023 Spring Split. While teams like Team Liquid and Cloud9 are busy pushing hype videos for their new teams, another LCS roster made an under-the-radar move.

This move also coincides with a later tweet from FlyQuest’s president and chief gaming officer PapaSmithy today, teasing a big announcement likely regarding the team’s roster for the upcoming split. Furthermore, it was reported before the start of free agency by journalist Brieuc Seeger that FlyQuest had reached a verbal agreement with standout TL Academy support Bill “Eyla” Nguyen for 2023.

It seems like all signs point to Aphromoo being without an LCS team.

This would mark the end of a nearly decade-long run in the LCS for the veteran, a period that saw Aphromoo win two LCS titles back in the mid-2010s and reach the 2016 MSI finals against future 2016 world champions SKT T1.

Later in his career, despite bad finishes in the North American competition with the likes of Dignitas and FlyQuest, Aphromoo adopted a veteran leadership role and mentored a ton of the younger talent in the LCS to this day.

Just a few months ago, Aphromoo was recognized by Riot for his dedication and consistent high-level play in North America by the LCS. Aphromoo is officially the eighth-best LCS player of all time, only two spots behind CoreJJ for the top LCS support ever. Aphromoo has played for four LCS teams so far in his playing career, but will always be remembered the most for his time with CLG and his bot lane duo with Doublelift aptly nicknamed “Rush Hour.”

While there has been no confirmation from Aphromoo on his future in the LCS, nor an announcement from FlyQuest regarding its 2023 LCS Spring Split lineup, fans may not see Aphromoo on-stage in 2023.

No insiders have Aphromoo on a lineup next split, and as more teams announce rosters, the spots for Aphromoo to step in to continue to narrow.

For now, though, according to the GCD, Aphromoo is once again a free agent.