Home League of Legends Blog Team gap: Gen.G on the board at Worlds 2022 after slippery start in Group D battle 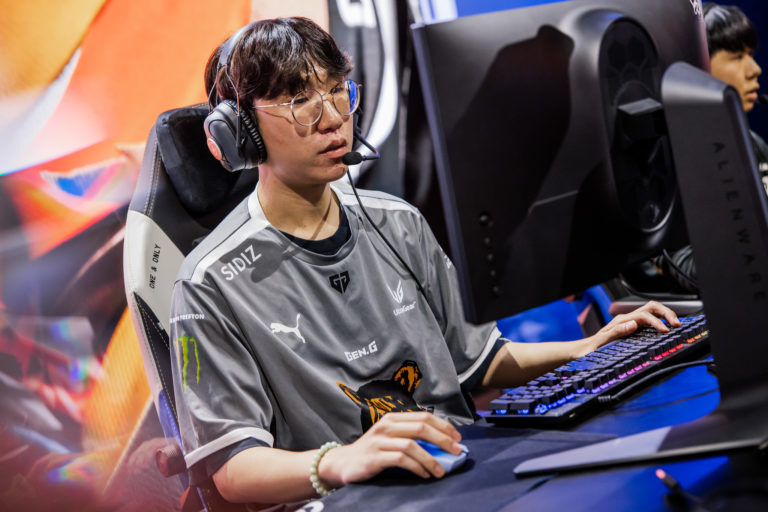 Gen.G have grabbed their first victory at the 2022 League of Legends World Championship, confidently storming over 100 Thieves on the third day of the group stage.

Gen.G dominated almost every area of the map, with the top lane an exception in the first half of the game. The cohesive gameplay of 2022 LCK Summer Split champions and their near-perfect teamfights execution were superb compared to 100 Thieves’ counterparts.

The Korean side quickly gained control of the bot lane, where Ruler’s Aphelios was getting ahead of FBI from the get-go. The mid-jungle duo of Chovy and Peanut started the game a bit slower, though, they entered the driving seat a few minutes into the game, not dropping a single death throughout the series.

Top lane was a glimpse of hope for 100 Thieves, since Ssumday was winning the laning phase skirmishes over Doran, and the North American representatives tried to use that leverage by focusing on that area on the map early.

One fight around the 20th minute even went in 100T’s favor thanks to Ssumday’s valiant efforts and FBI’s great ultimate on Miss Fortune.

Nevertheless, Gen.G’s flawless macro allowed them to pick their enemies out of position, leading them to take control of the map and closing the game in less than 30 minutes.

Both teams will have one more League match tomorrow, before groups enters the second phase. 100T will face Royal Never Give Up, while Gen.G will play CTBC Flying Oyster.

Riots BEST Change IN YEARS! PLEASE DO MORE CHANGES LIKE THIS!!