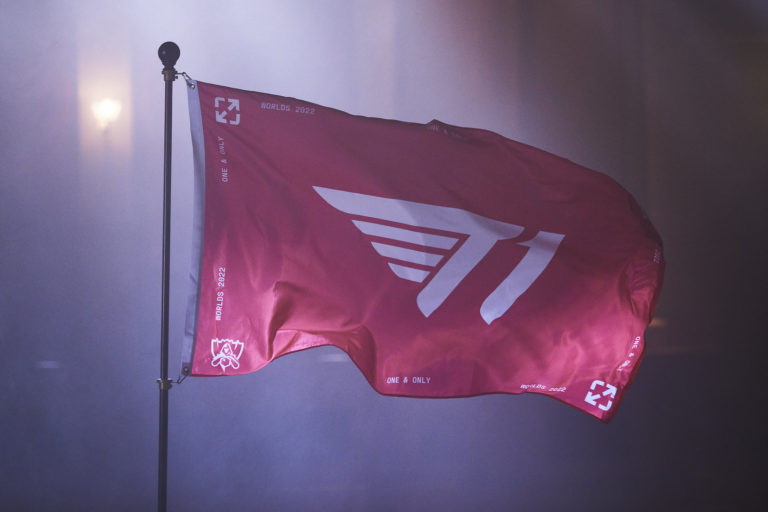 The games might have been closer than what people might expect from a sweep, but T1 continued their dominance over China’s Royal Never Give Up today with three of the most exciting games at the 2022 League of Legends World Championship.

It was a battle between two of the most legendary organizations in professional League, with two of the best players in the history of the esport colliding in the mid lane. Xiaohu, Faker, and their respective teams put on an incredible show for the folks at home and in attendance at the Hulu Theater in New York City, but only one iconic squad could rise from the smoke and debris.

From start to finish, the series was constantly decided through the early game, with T1 dominating game one via multiple ganks by Oner’s Graves into the top side for Zeus’ Camille. While the rest of T1 held their ground, Oner completely outpaced and outplayed Wei, crushing him with superior farming, invades, and overall impact. After a near-perfect early game, T1 snowballed their lead with great teamfighting and macro play.

After this rather lopsided loss, the second game of the series looked like it was a mental reset for RNG, but instead, it ended up being a heart-breaker. RNG earned a massive early lead through their own top side with Breathe and Wei finding a handful of early kills against Zeus. For a long while, T1 were at a large gold deficit as they tried to claw their way back by stalling the game out with farming and good macro.

At the 37-minute mark, T1 finally pulled the trigger after managing to get their carries online with enough farm, and with a six-item Xayah slicing through the team, T1 pulled ahead with a massive teamfight after scrapping for their lives. With Elder Dragon and Baron buff on their side, they overwhelmed their opponents with smart skirmishing and map play, marking the end of an exhausting marathon of a match.

The third game was more a fiesta than T1 and RNG would have probably wanted, but T1 eventually locked in the series win with a destructive wombo combo of Yone, Varus, and Sejuani. It wasn’t as close as the second match, and it was clear that the second game took the wind out of RNG’s sails moving through the day.

With this victory, Faker ensured that he’ll continue his incredible streak of making it past quarterfinals at every World Championship he’s attended. This also means that T1 will get to face off against another LPL team not named RNG in a best-of-five for the first time in the organization’s history. The three-time champs now move on to face off against the most deadly Chinese representative at the tournament, JD Gaming.

Defy the odds: Odoamne reflects on LEC triumph and an uncertain future with Rogue