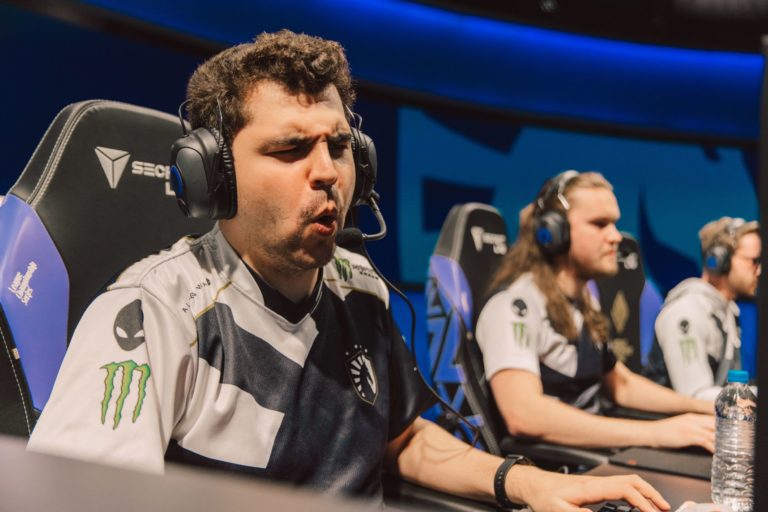 After a disappointing year with Team Liquid, League of Legends top laner Bwipo has confirmed that he will not be stepping onto the stage for the 2023 Spring Split.

The 23-year-old veteran broke the news while streaming, and said that during the regular season, he’ll be working as a content creator for Liquid. He’ll be streaming his solo queue and Champion’s Queue matches as he prepares to join a team in the following summer.

Bwipo quickly said that he “didn’t stand out enough” to make a starting roster, and that he’ll need to play better moving forward if he wants to get back to competitive play. LCS fans are familiar with how lackluster Liquid’s year was, especially with the amount of talent the organization was able to band together for 2022.

During last year’s offseason, the perennial LCS champions made headlines when they signed Bwipo, Bjergsen, and Hans Sama along with Santorin and CoreJJ to create a formidable superteam that looked, on paper, to be the most stacked lineup in the league. The sheer experience and firepower on the roster was hard to bet against, with multiple LEC and LCS championships, All-Pro awards, and Worlds appearances within the lineup.

The team and its fans quickly realized, however, that even though there was plenty of starpower, the lack of cohesion between the members was too great a hurdle to jump over. By the end of 2022, Liquid failed to qualify for any international tournaments and hadn’t even managed to reach the Finals in either split.

On an individual level, Bwipo had an impressive season stat-wise, but couldn’t carry his team enough to make a lasting impression. He led all top laners with 66 kills this Summer Split, with the most damage and the highest total share of his team’s total kills, according to League stats aggregate Oracle’s Elixir.

In the meantime, Liquid has been linked to former Cloud9 top laner Summit as a replacement for the Belgian star, as the organization attempts to stand up after stumbling so far with such high expectations on their shoulders.

Which Champions are Strongest When Mastered? – November 2022