Home League of Legends Blog Slicing and dicing: Humanoid brings Fnatic towards a top finish in the play-ins stage of Worlds 2022 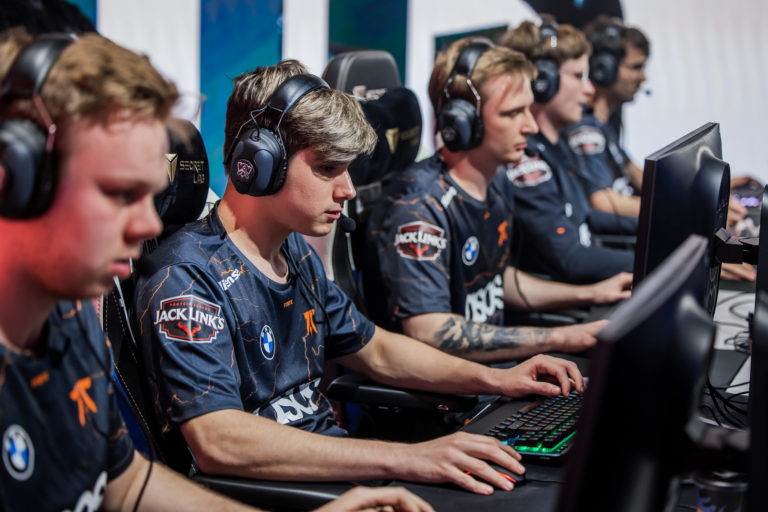 These final matches of the 2022 League of Legends play-ins stage will determine what teams continue to chase their group stage dreams, while many others will join the field of those that have already been eliminated.

Fnatic, the LEC’s third seed, commanded a strong full-game lead over the PCS’ Beyond Gaming to emerge at the top of group A, where they have guaranteed themselves either first or second place. Depending on the results of the match between the LCS’ Evil Geniuses and the LJL’s DetonatioN FocusMe, Fnatic may be able to bypass the qualification round completely and achieve a spot in groups.

While BYG are not yet out of contention for the elimination round, their fate lies in the hands of the performances of the other teams in the group, as well as two tiebreaker matches likely to take place after the day concludes.

Making up for a frustrating loss

Fnatic accrued their first loss yesterday to the CBLoL representatives, LOUD. In doing so, the LCS’s third seed, Evil Geniuses, were able to catch up in wins to Fnatic, bringing the two western major regions to a tie at the top of group A.

A win here would guarantee Fnatic a top two spot in their group, either earning them entry to the qualification round or directly into the group stage. But a loss to BYG would bring the two teams to a tie, and possibly open the remainder of the group to force them into even more tiebreaker situations than the day started with.

To prevent the day from being greatly extended for both themselves and the other teams in play-ins, Fnatic sought to actively fix the issues that plagued them yesterday, particularly in their bot lane. Hylissang returned to a Maokai support pick for himself that pressured the opposing bot lane into a solid early lead for his ADC, Upset.

Wards proved worthless to the support player as he tossed Saplings into nearly every brush on the Rift, giving Fnatic the awareness they needed around objectives. The second Hyllisang was in range of an enemy, he threw himself directly into them, rooting them in place and setting up Upset’s Aphelios to initiate a barrage of 200 years of collective gameplay development.

While Hyllisang still had his iconic inting moments, his aggressive nature prevented the entirety of BYG from accessing Fnatic’s carries, never once handing a lead to the PCS team.

Fnatic’s early lead resulted in the team’s overextension, chasing their opponents deep into their jungle for kills despite having no vision of most of the map. Much of this regained gold for BYG was funneled directly into their mid laner, Minji, who had a plethora of powerful ultimates to steal as Sylas.

But instead of taking more teamfight-oriented ultimates, Minji often stole the Perfect Execution from Humanoid’s Akali, hoping to outplay the Fnatic mid laner in one-versus-one fights. For nearly five minutes, the two mid lane carries dashed into and around one another using the same ultimate, giving kills to both sides before Fnatic’s jungler Razork entered to end the fun.

Yet, in team fights, Akali’s sheer amount of mobility, even without her ultimate, worked in the favor of Humanoid. The Fnatic mid laner was free to jump directly into BYG’s backline after they had been locked down by ultimates from Wunder’s Gragas and Hyllisang’s Maokai, allowing Humanoid to burst through both enemy carries simultaneously.

When Humanoid saw an enemy without assistance nearby, even if that enemy was a tank, he dashed right into them and sent them back to the fountain in seconds. Crowd control wasn’t enough to lock him down as he simply pressed W and turned invisible, leaving BYG without some of the most important abilities they needed to come back into the game.

After breaking through a barrage of Stopwatches from BYG, Fnatic earned a top spot in their group, now moving even closer to a group stage run. Humanoid emerged from the game with a massive 11/2/3 KDA after slicing through enemies at what appeared to be a kill every minute.

SNOWBALL ALERT! You CAN’T Stop THIS Guy Once He Get’s Going!