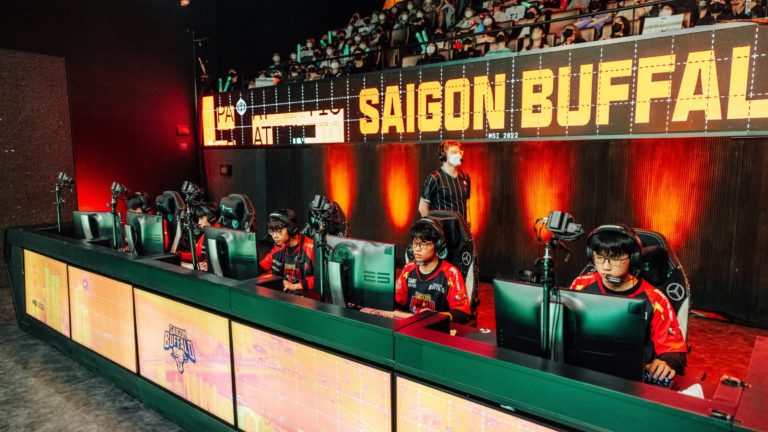 2019 was the last time viewers got the opportunity to watch Vietnam on the Worlds stage due to the COVID-19 pandemic that sidelined the region from Worlds 2020 and 2021. But visa complications with Saigon Buffalo caused fear for viewers that the Vietnam Championship Series, also known as the VCS would be heading to Worlds with an incomplete roster.

Luckily, for Saigon Buffalo, those fears and stresses around not having their full intended lineup for their upcoming Worlds 2022 run are officially over after it was revealed that both Froggy and Ren’s visas have been granted

“Froggy just had a successful interview this morning at the US consulate and will be granted a CKTG attendance visa,” Saigon Buffalo wrote in an official announcement on Twitter, according to a machine translation. “Thank you Riot Games and your strong encouragement.”

Saigon Buffalo represented the VCS at MSI 2022 as GAM Esports opted to compete in the Southeast Asian Games instead. There, Saigon Buffalo made it to the Rumble Stage where they finished in sixth place at the event.

Related: 4 out of 5 Saigon Buffalo players secure visas for Worlds 2022

With the recent news of both Ren and Froggy’s accepted visas, Saigon Buffalo now have visas ready for the entire team as they head to Mexico City for Worlds 2022.

Saigon Buffalo will look to represent the VCS strong once again on the international stage as the team begin their Worlds 2022 run in the Play-In Stage, where they have been slotted into Group B. Their first game will take place on Sept. 29 against Turkey’s Istanbul Wildcats as they look to be one of the four teams to make it past the Play-In Stage and into the Worlds 2022 Group Stage.

‘I’m not sure what we are doing’: Fnatic star says team hasn’t scrimmed ahead of Worlds 2022