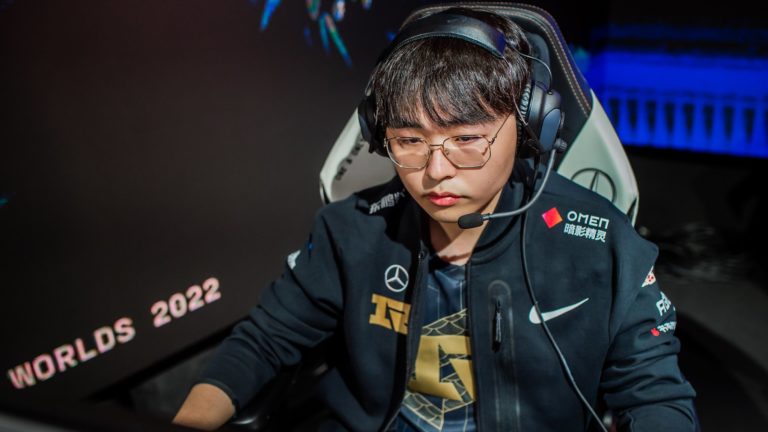 Despite being one of the favorites to make it out of Group D of the 2022 League of Legends World Champion, Royal Never Give Up’s Chen “Breathe” Chen has talked down his team’s chances of qualifying for the next stage.

RNG have found themselves in a group with the top seed from the LCK, Gen.G, the LCS runner-up, 100 Thieves, and the PCS champion, CTBC Flying Oyster. On paper, the Chinese representative should easily make it out, but Breathe doesn’t see it that way. “I plan on going into those games with the mindset that I am trying to learn as much,” he said in an interview with Nerd Street.

“A lot of people see that group as a two-team race between Gen.G and us, but even though we are Spring Champions, we are here as the LPL’s fourth seed,” the top laner explained.

RNG’s main goal in Group D is to “focus on our growth,” Breathe said. But at the same time, the player also wants to provide RNG fans with “exciting games.”

Related: Is Group D the least competitive group at Worlds 2022?

From a personal perspective, the 21-year-old is looking forward to facing other top laners in the group. “I am really excited to learn new things from all of them [other top laners],” he said.

The Chinese side made it to the main event after finishing second in Group B of the play-in stage, where they lost a single best-of-one against DRX. As a result, they had to play a best-of-five series against DetonatioN FocusMe to qualify, which they won 301.

RNG will continue their Worlds 2022 run in the group stage on Friday, Oct. 7 at 9pm CT with a clash against Gen.G.

Is Group D the least competitive group at Worlds 2022?