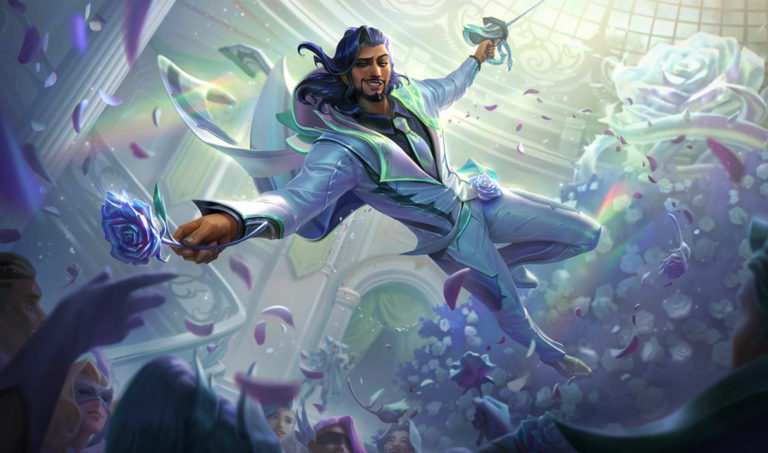 If you’ve been watching every game of the 2022 League of Legends World Championship but have been struggling to get your hands on the new sponsored chromas that Riot dropped in collaboration with Tiffany & Co., don’t worry: the drop rate is set to go up real soon.

As the tournament moves on from the group stage to the knockout stage, League fans are going to have fewer opportunities to pick up the new “hyper-rare” chromas for Crystal Rose Zyra, Swain, and Akshan.

With that in mind, one of the Riot team members working on League esports drops commented on the process for Worlds drops for the rest of the tournament on Reddit, clarifying that the process behind getting one of these new, rare chromas will be more streamlined in the knockout stage of Worlds.

“When we dropped the article, it mentioned that we were going to distribute codes,” Riot 5oda said of the drops’ initial announcement and collection process. “As it turns out, that didn’t feel awesome so we worked together with a ton of Rioters internally and made it so that we could get these chromas to you regardless of if you own the skin or the champion.”

Moving forward, players will be able to earn the Tiffany & Co. Crystal Rose chromas with no restriction. You won’t need to own Zyra, Swain, Akshan, or their corresponding Crystal Rose skin to have a chance at earning the rare chroma while watching Worlds.

“We want you all to have them, not only as an awesome addition to your skin and chroma arsenal but also as a reminder that you were there for Worlds 2022, which so far has been quite the banger,” Riot 5oda said on Reddit.

The knockout stage of Worlds begins on Thursday, Oct. 20, while the tournament will run until Nov. 5. The Tiffany Crystal Rose chromas will only be available through Worlds drops during the duration of the tournament.