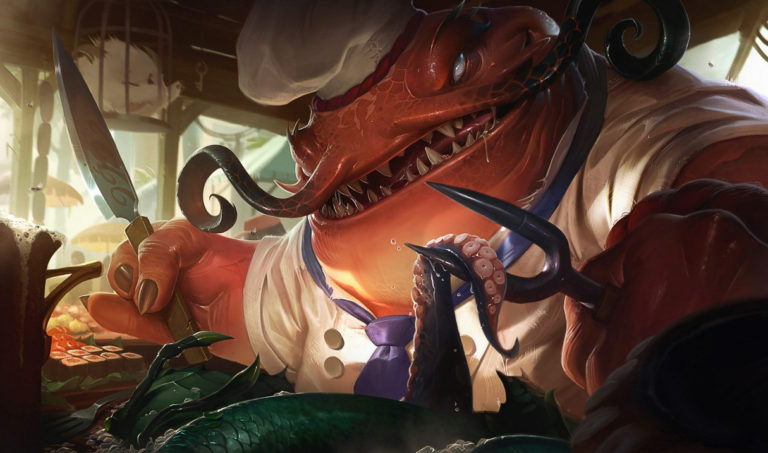 Tahm Kench has been a problematic League of Legends champion since his release in 2015, mainly due to his Devour ability that can save immobile AD carries from certain death. Despite Riot Games updating the champion and sending him to the top lane, the River King has continued to be a menace in the bot lane as a support, especially when paired with Senna. To coincide with the latest preseason changes, the devs are giving this catfish one more makeover.

The final patch of the year, Patch 12.23, will toy around with bringing Zeri back to the meta and adjusting Dr. Mundo for the jungle. Aside from these changes, Riot is looking to cut down Tahm Kench’s support power as a walking Zhonya Hourglass. To do this, the devs are shipping loads of new changes that might send Tahm Kench back to the top lane again.

All these changes are focused on cutting Kench’s power as a support since he can give an almost entire HP bar with his Devour shield. But, don’t worry. He will now become a menace in the top lane that runs you down in the early game if you get hit by a single Tounge Lash.

According to Riot’s official patch schedule, Patch 12.23 is expected to hit the live servers on Dec. 7.

Looking Back at DRX’s Run: The Worlds 2022 Champions!