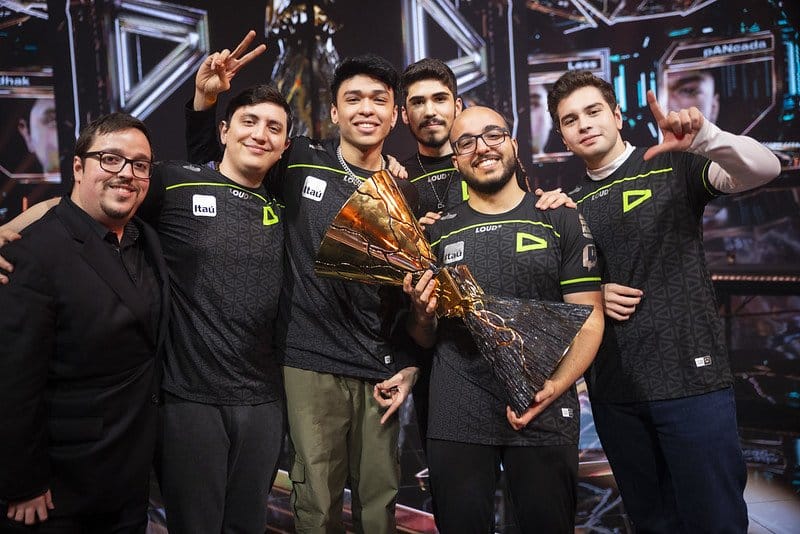 Riot Games has recently finalized franchising for the official VALORANT esports circuit. While the announcement was already made a while back, fans of the VCT are expressing shock and confusion about the company’s decision, especially after seeing which teams will be competing for the 2023. Today, we’ll be looking at how the VCT franchising decision will affect the esports teams and what this means for VALORANT esports, as a whole.

What Does VCT Franchising Mean?

Franchising aims to limit the number of teams that compete in a circuit with only a set amount of organizations, teams, or investors being allowed to play during the competition’s duration. Franchised teams will be competing in the main tournament circuit and be allowed entry to official international events hosted by Riot Games. Non-franchised teams will still be able to compete in non-Riot Games tournaments but will never be able to attain invitation for international events.

Riot Games’ VCT franchising limits the circuit to only 30 teams, with 10 teams each coming from the Americas (North & South America), EMEA (Europe, Middle East, and Africa), and APAC (Asia Pacific). Teams that are franchised by Riot Games are considered partners. Once an organization is partnered, they will own the slot permanently but can sell the slot to other organizations. Additionally, Riot Games can revoke a slot if they think that the organization doesn’t have the financial capability to support its own esports team.

In the initial VCT franchising decision, esports organizations from each region sent their application to participate in the tournament. Riot Games evaluated each organizations with the criteria being reputation, financial capability to support its own esports team, popularity & fandom, and their alignment with Riot Games mission and vision. Riot Games did not set an entry fee for organizations to “buy in” since the partnership is meant to recruit the best teams possible to compete.

Riot Games will also require its partners to travel to the assigned tournament venues as all games must be played in LAN. As such, the Riot Games esports committee will be partially covering the travel expenses of these teams. However, Riot Games is not responsible for financing the entire organization’s costs such as player salary and playing equipment. As mentioned before, Riot Games will evaluate teams according to their financial capability in covering all of these.

Is Franchising a Good Thing?

The VCT franchising debate has been heavily contested since fans of the esports have always been used to various teams competing against each other in tournaments of varying scales. While most of the fans are simply angry that their favorite team got booted out from the partnership system, there are legitimate concerns that question how Riot Games handled the franchising process and why a lot of teams were left out.

For example, the recent VCT 2022 Champions finalists – OpTic Gaming – and quarterfinalists – XSET – did not become franchised in the tournament. Despite being the two most competitive teams in North America, they have been denied entry into the competition. Of course, being the top team isn’t really one of the factors that Riot Games is looking for when trying to look for teams to add as their partner.

The supposed advantage of franchising is that it secures the players’ career in esports, but that statement is flawed. The average career span of an esports competitor is 4 years with only the iconic players being able to break beyond that timeframe since organizations are always willing to take them into the roster. That being said, the argument that franchising helps secure careers is inaccurate since limiting the number of teams only means that a lot of professionals will get laid off and some teams getting disbanded.

Third-party tournaments will also receive less viewership and attention since the masses will only be watching the games that “matter” towards the conclusion of the seasonal tournaments. On the other hand, this also gives way to tournaments being held in physical venues that will bring back the enthusiasm of being in a crowd cheering for your favorite team. That means that franchising is good for the viewers but bad for the people actually competing in the scene.

The Future of VALORANT Esports

The immediate future of VALORANT esports will be rough since a lot of your favorite teams and players might not be competing anymore. Popular organizations like G2 Esports, TSM, OpTic Gaming, Acend Club, Funplus Phoenix (FPX), and XSET won’t be back to competing for the next year, at the very least. However, the future of the esports will actually improve if you’re a viewer because Riot Games is known for hosting the best esports events in the scene.

The future of the VALORANT esports scene won’t change the fact that the best teams and best players will be competing for the trophy just because of the VCT franchising changes. The only thing that might pose a threat is how Riot Games will proceed to change the tournament format now that far less teams will be competing for a spot in the international scene. How will Riot Games choose 16 teams from only 3 different regions and 30 teams overall?

Various sources cite that G2 Esports lost their spot in the NA VCT circuit due to Carlos “ocelote” Rodriguez’ recent controversy where he posted a video of him celebrating with notorious internet personality – Andrew Tate – and his brother. With Tate’s reputation of making remarks against women, Riot Games has reportedly opted out from accepting G2’s application and has instead chosen a different organization that embodies their values.

It is also stated that G2 Esports was supposedly going to purchase the XSET roster, which is why the organization didn’t bother to franchise their team. Due to the controversies, XSET’s roster will be up for free agency instead and may not compete if no team takes them into their rosters. G2 Carlos will be taking an eight week leave from G2 Esports without pay.

The winners and losers of League of Legends Patch 12.19

LEAGUE’S #1 MOST INSANE HEALER! How Do You Even KILL This Guy!?