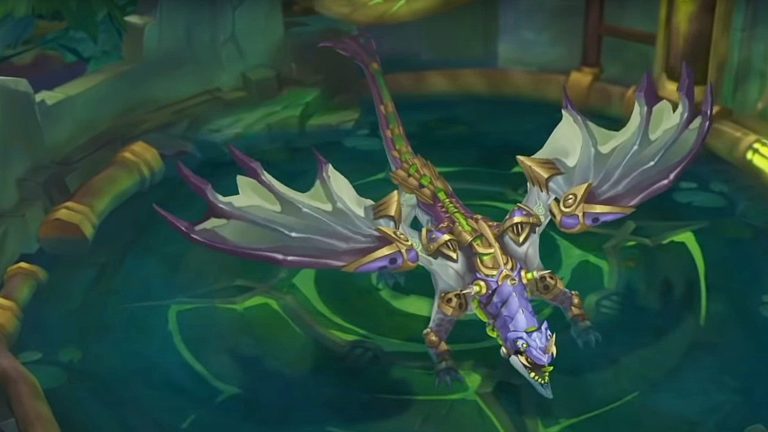 During a recent interview with Comic Book, lead designer Matthew Leung-Harrison talked about Riot’s logic behind Chemtech drake, why it was introduced in the first place, and why it had to retire. “We had just released Arcane, and people really liked Zaun and that kind of thing. But we thought that the gameplay was just over the bar of frustration, and it’s something that’s kind of difficult for us to assess internally because we only get so many games to play it,” the Rioter explained.

Riot devs were so insistent on this drake and tried really hard to see it work because they believed the theme resonated with the player base.

“I think Dragons and Dragon terrains we’ve discovered add a lot of variety both in gameplay and aesthetically to the Rift. And so it’s like when you see an Infernal map versus an Ocean map, aesthetically it’s just very different. For Chemtech specifically, we think the thematic was extremely resonant with players,” Leung-Harrison said.

Chemtech drake will once again make an appearance on Summoner’s Rift with the preseason patch on Nov. 16.

Leung-Harrison explained why it’s making a return. “We really liked the design, the aesthetics design of the Drake, and the fact that there was kind of a rivalry between the Hextech Drake and the Chemtech equivalent,” he said. The avenue for the thematic for Chemtech that we went with the Chemfog was very gloomy, dark, and kind of sad, whereas the new Chemtech is a lot more vibrant.”