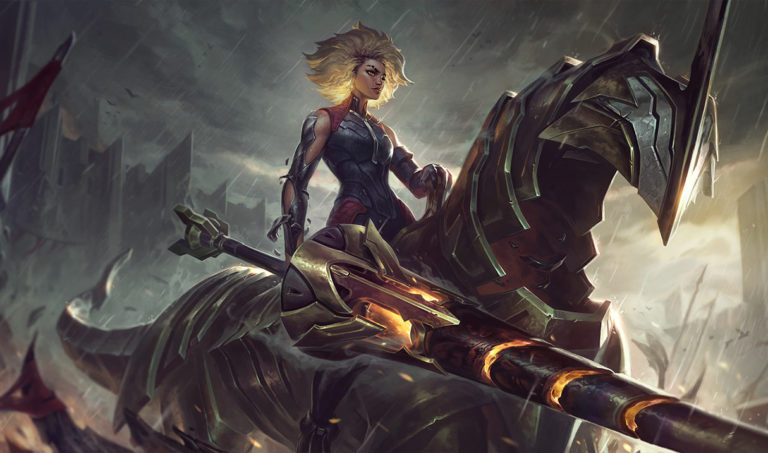 The next two League of Legends champions who will be receiving mid-scope updates in the near future are Jax and Rell, Riot Games announced today. The two champions have come up frequently in discussions surrounding possible updates in recent months, and now, it appears as though changes are finally in the pipeline.

A tweet from League’s lead champion designer August Browning confirmed that he is working on the mid-scope update for Jax alongside Daniel “Maxw3ll” Emmons, who recently helped lead the charge on League’s newest champion, K’Sante. Stephen “Raptorr” Auker is currently working on Rell’s update, according to Browning.

Riot expects the changes coming to Jax to be relatively minor, with the update being “mostly focused on the feel of his ult,” according to Browning.

Details of Rell’s rework were leaked last month. Should the leak hold up, the Ferromancer could see a strong majority of her abilities tweaked, with some of her moves even switching their slots on your keyboard. According to that leak, Rell’s ultimate, Magnet Storm, will become her E, while Ferromancy: Crash Down (W), will become her new ultimate. Changes to her passive, as well as the way she interacts with champions that she’s bonded to, should also be expected.

Additionally, Browning mentioned that the team “hasn’t forgotten about Neeko,” and that the champion will receive her previously scheduled mid-scope update “early next year.” Neeko’s mid-scope update was initially teased in August. Eight mid-scope updates were shipped in 2022, the most recent of which belonged to Syndra.

Jax and Rell’s updates have not been given a launch date at this time, although fans should expect the two champions to receive their respective changes at some point in 2023.