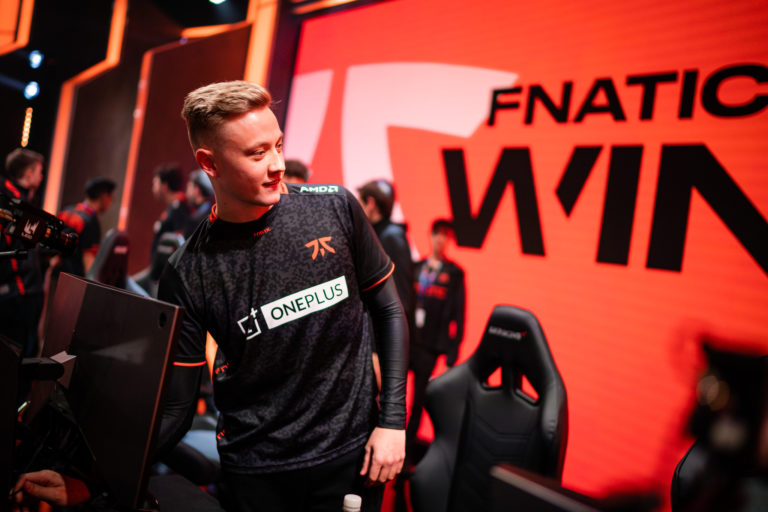 The reports are true: Fnatic’s longtime Swedish superstar at the AD carry position Martin “Rekkles” Larsson has officially returned to the League of Legends team’s bot lane prior to the start of the 2023 season after two years away.

Rekkles will join the trio retained from last year in top laner Martin “Wunder” Hansen, jungler Iván “Razork” Martín, and mid laner Marek “Humanoid” Brázda, reuniting him with Wunder after a 2021 campaign together on G2. Rounding out the starting roster is Portuguese support player Rúben “rhuckz” Barbosa, freshly promoted from the Fnatic TQ academy team. As always, all moves are pending Riot approval.

Gonçalo “Crusher” Brandão, the former Fnatic TQ academy coach, has also been promoted to the main roster and will be joined by strategic coach Aleksi “Hiiva” Kaikkonen, formerly of Misfits.

With the move, Rekkles officially makes his return to the Fnatic team he’s spent eight years with, which included a five-year streak between 2015 and 2020. During those years, he won a handful of MVP awards, earned numerous All-Pro Team honors, lifted four EU LCS trophies, and appeared at six different Worlds. Technically, he will look to lift his first LEC trophy as early as the 2023 Spring Split.

During his two-year hiatus, he spent 2021 with G2, then surprised almost every pro League fan by going to compete with Karmine Corp in the LFL in 2022. While Rekkles and KC didn’t win an LFL trophy, they did end up winning the European Masters tournament.

In Fnatic’s official roster announcement, the team believes that the returning Rekkles gives them the best chance at winning. “He enters the team with a renewed drive and hunger for the game; his personal goals align with what we are looking to achieve in 2023,” Fnatic said.

Fans won’t even have to wait until the start of the 2023 season to see this squad in action. The new Fnatic roster will play against KOI in a pre-LEC showmatch on Friday, Dec. 16, starting at 12:30pm CT. The match will be watchable on caster Marc “Caedrel” Lamont’s Twitch channel.