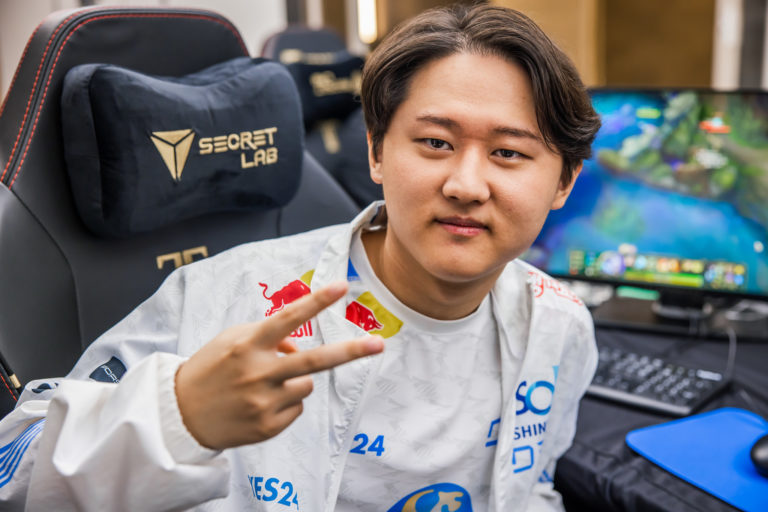 Another year has passed by, an incredible World Championship has concluded, and now another offseason is underway in the competitive League of Legends scene.

Teams are scrambling to build the best rosters possible, and in North America, organizations are quick to tap into the international leagues to grab the most talented people at their disposal—for the right price.

Organizations are trying to revamp their rosters to become contenders for the title, while others are trying to turn a new leaf after a disappointing year.

The LCS will be bringing over a whole platoon of newcomers in 2023, ranging from young prospects to superstars. Here are all of the confirmed and reported import players joining the league in 2023, ranked in terms of impact.

Note: Bolded names have been confirmed by teams.

Diplex and Fleshy are both heading over from Europe after spending time in the LFL and TCL respectively, and are still in the early stages of their career so far. According to Cloud9’s CEO Jack Etienne, the team liked Diplex’s pure mechanical skill and great teamfighting prowess enough to replace long time LCS mid laner Jensen.

Fleshy, however, doesn’t have a lot of experience as a professional support, having only started his career this year.

Immortals seem to be experimenting with the roster, and are taking a chance on an unproven talent in the hopes that he suddenly shows promise in the new year.

Lastly, TSM’s new jungler Bugi is the perfect definition of a journeyman, after playing for five teams over the last five years. He’s only managed to capture two regional trophies over in Japan and Taiwan with V3 Esports and Flash Wolves, but was never the focus for those rosters during his time.

He looked very strong in the LLA during his stint with Estral Esports, but in a league featuring names like Blaber, Closer, Inspired, Pyosik, and Spica, this globetrotter will need to improve his skill set if he wants any chance of surviving against these superstars.

Armut’s trajectory over these past few seasons has been a roller coaster, going from the highest highs in Europe to the lowest lows at Worlds. After joining MAD Lions at the end of 2020, he helped the organization capture back-to-back LEC championships and reach the knockout stage at Worlds. A year later, his team failed to reach the playoffs in Spring and was eventually eliminated at the Worlds play-in stage for the second time in the org’s history.

The 23-year-old still has some potential in him, but he needs to widen his effectiveness on more champions if he wants to survive against some of the stars in the role. Summit, Ssumday, Impact, and Fudge are all ready to challenge his skills once he arrives stateside, and if he still has a limited champion pool in 2023, these opposing players will pose a ton of problems in the future.

Gori hasn’t spent too much time playing at a high level, after spending the majority of his career as a trainee member or substitute mid laner for teams like T1, Edward Gaming, and FunPlus Phoenix. In his most recent stint with PSG Talon, the 22-year-old looked really strong in a relatively weak league, but in Korea, he was known as one of the weakest laners in his class. His teamfighting is pretty decent, but he couldn’t hold his own against top competition, sporting some of the lowest early-game stats among LCK mids during the 2021 Spring Split, according to Oracle’s Elixir.

After winning the LCS MVP award in his first season in the league, NA fans are familiar with what Summit can bring to a team. The last time the 23-year-old played in the LCS, he destroyed the competition with the highest early-game stats among his peers, along with the second-highest average damage to champions in the league. He is explosive and dominant, but still needs the help of his teammates to take home the wins.

Meanwhile, former LCK mid laner VicLa is a highly regarded 19-year-old who took over the starting spot on KT Rolster this past summer. Having only started his career in 2020, the young prospect should be a player that LCS fans keep an eye on, especially after winning this season’s Rookie of the Split honors. He is still raw and requires a lot of growth, but with the right support, can blossom into a star.

When Liquid announced they’d acquired a World Champion jungler right after he won the tournament, many people looked at their rebuilt roster and immediately placed them near the top of their way-too-early season predictions. Although Pyosik wasn’t the biggest reason for DRX’s successes at Worlds this year, he was an important piece that pushed them to glory with the second-most kills in his role during the 2022 Summer Split, according to Oracle’s Elixir.

Prince, on the other hand, was one of the fastest-rising AD carry players in the LCK and was a huge force for Liiv SANDBOX in 2022. Through this past Summer Split, the 22-year-old had the most kills and the third-highest KDA in the league, while also carrying his team with 38.4 percent of his team’s total damage, according to Oracle’s Elixir. He could easily be the best marksman in the league off the board, as long as his team is willing to give him enough resources to succeed.

The 2022 League offseason will continue until the start of the new year, and most teams will be confirming their rosters over the rest of December.