Home League of Legends Blog Playing Worlds 2022 Pick’Em? Forget The Coin, here are the picks we think you should make 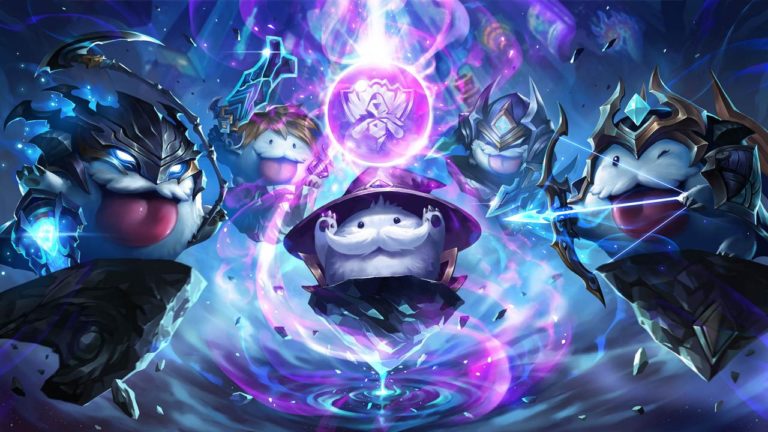 Pick’Em has returned to League of Legends—but there’s a lot more to chew on this year. Players can now make 20 predictions ahead of the 2022 League of Legends World Championship, and even more as the tournament unfolds.

If you’re still umming and arring about your 20 starting picks, here are the top choices we strongly suggest you make based on statistics and past performances from the teams at the event.

The first line of new predictions is linked to the meta at Worlds, which will be played on Patch 12.18. Although this update didn’t bring any major adjustments to the game, it did cast some uncertainty on roles like the bot lane.

While Zeri received a nerf earlier this summer, Miss Fortune and Kalista were targeted with changes in the latest patch. These adjustments likely won’t have a huge impact on their role at Worlds, but they could affect them negatively. To be better safe than sorry, we avoided including bot lane champions in our Pick’Em to reflect the changes.

Maokai and Hecarim should be worth taking into consideration when making your picks. Following changes made in Patch 12.17, the champions have skyrocketed up the ranked ladder. With the reduced champion pool of junglers, Hecarim, in particular, will almost certainly be a contested pick. There’s a good chance he’ll be the most-banned champion at the tournament considering his rise in the meta.

Related: Best champions to watch out for at Worlds 2022

When considering the most-picked champion, it’s worth taking a closer look at pro play. In the LPL and LCK, the most-picked champions in the Summer Split were Wukong, Gnar, Gwen, Azir, and Ahri in descending order. As for the most versatile champion, Seraphine was the clear winner, having been picked as a bot laner, support, and mid laner. But there’s a chance Maokai could overshadow the champion at Worlds due to his recent rise.

The champion with the highest win rate might be the trickiest prediction to make in this category. It could be a pocket pick or a situational champion rather than a juggernaut from the meta. In the LPL and LCK, Yuumi, Sylas, and Renekton had the highest win rates in the Summer Split. Finally, the champion with the most deaths is also challenging to predict. The best bet is to pick a popular tank, such as Nautilus or Jarvan IV.

Players from the LPL and LCK are heavy favorites for this category considering the two region’s track records at Worlds.

The pick for the highest KDA, in particular, seems to have already been brought to a consensus in the community. RNG’s Chen “GALA” Wei made a splash in the Mid-Season Invitational earlier this year, and since his team will compete in the Play-In stage, the bot laner will have even more opportunities to boost his stats.

Considering GALA could have the highest KDA at Worlds, there’s nothing stopping him from having the most kills in a single game and at least one pentakill. At MSI 2022, GALA bagged himself two pentakills, making him a safe option.

Related: Is the LPL still the best region heading into Worlds 2022?

But because the Play-In stage’s minor regions are often bloodthirsty, there’s a chance another player scores the highest kills in one game. In 2021, for example, PSG Talon’s Hanabi earned the most kills. This one is difficult to predict.

The two remaining categories suit LCK players. Faker, in particular, has a giant champion pool and isn’t afraid to make unconventional picks. He could easily take the spot for the most different champions as long as T1 make it far in the tournament.

Finally, the player with the most first bloods will most likely be a jungler playing in a team known for their strong early games, such as the LEC’s MAD Lions or the LCK’s Gen.G (who shattered the average gold difference at 15 minutes in the summer, according to Oracle’s Elixir).

The biggest question: who will win?

There’s no doubt Gen.G and JD Gaming are considered the favorites for this year’s Worlds. Gen.G had the most consistent results this year, but LPL teams are always full of surprises when stepping on the big stage.

Predictions won’t be much easier in the Play-In stage. It’s often the field of Worlds’ biggest upsets, so you’ll have to trust your gut more than anything. While LPL’s RNG are the clear favorite of Group B, opinions are split between Fnatic and Evil Geniuses in Group A.

Although North American teams aren’t known for their outstanding performances at Worlds when compared to European teams, Fnatic have have inconsistent throughout the year and have been impacted by COVID-19. This means Evil Geniuses have a serious chance of earning first place in the group.

The minor region pick—meaning the region with two seeds or fewer—is also tricky. But since GAM Esports and CTBC Flying Oyster have already qualified for the groups, the safest bet is to pick one of them.

Finally, since we can expect long best-of-five series if T1 makes it out of groups and because they’re known for their versatility, there’s a good chance they’ll be the team who plays the most champions at the tournament.

Event predictions are certainly where fewer players will earn points. Unless you can see into the future, there is no way of knowing what will happen. For reference, we only have the statistics of previous World Championships and a few pointers on how the meta can impact this year’s event.

The first reverse sweep in Worlds history didn’t happen until 2020, and there was only one in 2021, so your best bet is to predict none up to one reverse sweep this year. Pentakills happen more often than reverse sweeps, but only by a slight margin. Only one happened at each Worlds in the three previous years, and two in 2018.

The duration of the longest single game of Worlds could surpass 55 minutes if you take the longest games in Summer Splits into consideration. But since there will be fewer series and the average duration of every game is around 32 minutes, predicting 50 to 54 minutes might be your best bet.

As for Baron steals, it’s even more difficult to predict. But last year, LPL teams recorded over three Baron steals in the playoffs. Predicting over six steals is the sensible option. That number might rise if three LPL teams advance further in the tournament.

The drake prediction is another hard one. Judging from the Summer Splits from various regions, the stats between drakes are close. Generally, the Cloud drake has less priority, while the Infernal drake is favored. It has the highest kill stats but is very closely followed by the Hextech and then Mountain drakes.