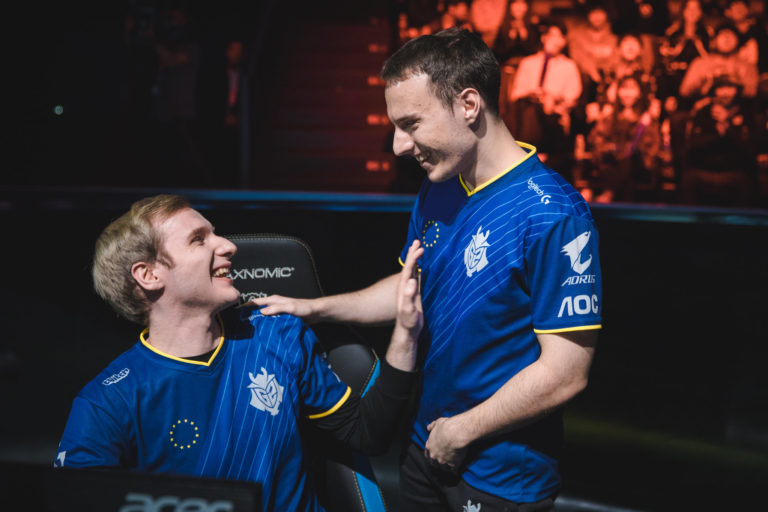 Team Vitality mid laner Perkz fired back at League of Legends fans who are calling for G2 Esports jungler Jankos’ head after a weak showing at this year’s World Championship. Perkz stuck his neck out for his former teammate earlier today on his personal livestream.

After G2 were eliminated from Worlds earlier this week with a dismal record of 1-5 in the group stage, the idea that Jankos should retire began to emerge in some pockets of social media. Perkz, who played with Jankos between 2018 and 2020, retorted by saying “You guys who are saying that Jankos should retire, you guys are definitely trolling. Jankos is still a top tier jungler.”

At Worlds, Jankos posted a 2.6 KDA, the fifth-worst among all qualified junglers in the group stage. Additionally, he was ahead in CS at the 15-minute mark in just one out of six of G2’s games at Worlds, according to League stats site Games of Legends. Holistically, Jankos’ 2.6 KDA at Worlds was 1.6 points lower than his season average.

“There are for sure games where you could blame Jankos for playing bad,” Perkz said. “But Worlds? I don’t think Worlds was Jankos’ fault.”

Earlier today, a report emerged from independent League journalist Brieuc Seeger that Jankos, along with G2 bot laner Flakked, won’t return to G2 next season. Jankos has played for G2 since the 2018 season and has reached the top four at Worlds four times during his career.

“It’s easy to look bad in the jungle when your lanes are losing, isn’t it?” Perkz asked his stream chat rhetorically. “Surely you guys would do much better if your bottom [lane] was 0/6, or if your top lane counter picks and gets a solo kill in a top lane matchup.”

According to Seeger’s report earlier today, Jankos has been allowed to “explore his options” by G2. He is signed to the organization through the end of the 2023 season, while Perkz is signed to Vitality through 2024.

How They Got Here: JDG’s Journey to Worlds 2022