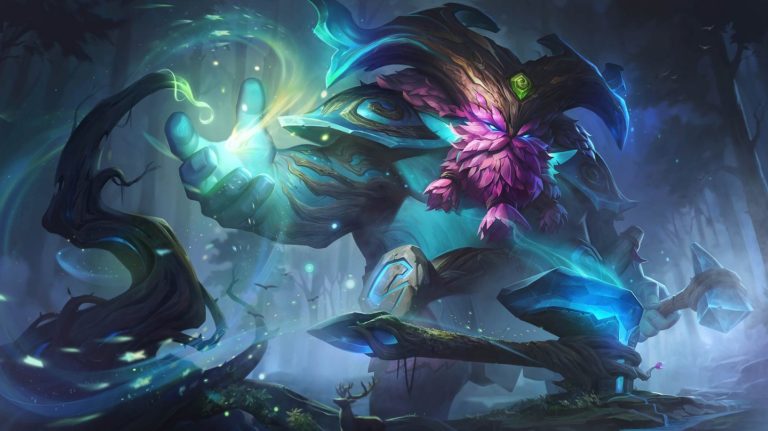 Season 13 officially began on Jan. 10 and 11 worldwide for all League of Legends fans. As we’re all still testing the ranked waters looking for the best meta picks, Ornn’s win rate has skyrocketed thanks to stealth changes.

League’s latest patch, Patch 13.1, was released on Jan. 11 and Ornn couldn’t be found on the list of champions getting changes. Still, Ornn’s win rate shot up like the champion received major buffs. And, in fact, he did. Thanks to a League fan posting an explanation on Reddit, we know exactly what happened with Ornn this patch. Currently, Ornn has 10 percent extra base HP.

Originally, Ornn is supposed to have 660 base HP, but once you enter Summoner’s Rift, you can see that’s not the case and the champion now has 726 HP. The most likely reason for this is Ornn’s passive that reads: “Ornn increases his bonus armor, bonus magic resistance, and bonus health by 10 percent from all sources, further increased by four percent each time he upgrades a Mythic item into a Masterwork item.” Since this is not intended to work with Ornn’s base stats, the community speculates this is a bug.

Bug or not, this stealth change to Ornn has still contributed to his win rate skyrocketing to 53.45 percent in Platinum and above, according to stats site U.GG. When compared to the previous patch, during which the champion had 50.13 percent in Platinum and above, it’s clear the champion has obviously received changes and the community didn’t suddenly master the art of forging items for their team and soaking all the damage in the world.