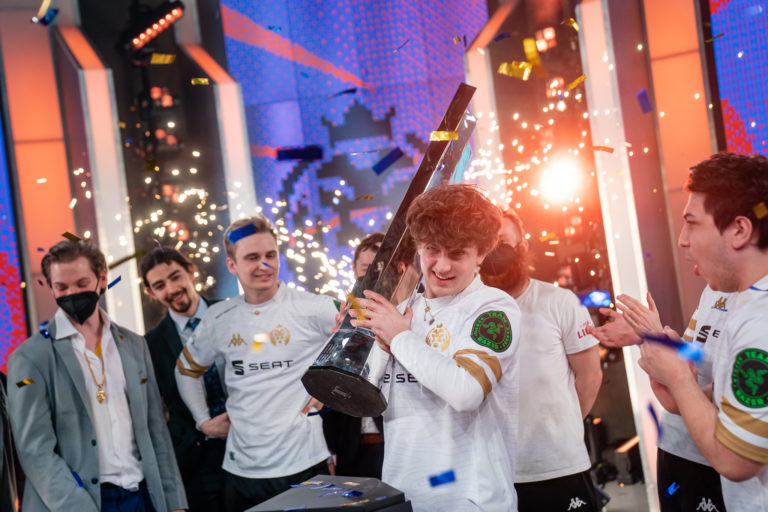 MAD Lions signed Carzzy as its new AD carry and Kim “Chasy” Dong-hyeon as its new top laner today, ahead of the 2023 League of Legends EMEA Championship winter split. The signings, however, still depend on  Riot Games’ approval.

Carzzy is making his comeback to the team with which he won two LEC titles and qualified twice in a row for the World Championship in 2020 and 2021. The ADC was then recruited by Team Vitality to build a self-defined “superteam” that didn’t reach the expectations set by themselves. Though MAD Lions still holds a contract with UNF0RGIVEN until 2024, Carzzy’s signing adds some uncertainty to the current ADC’s career. Alongside Carzzy, MAD Lions is also reportedly looking to bring Hylissang, one of the most experienced supports in the region, to its lineup.

On the other side of the map, MAD Lions signed its new top laner Chasy after releasing Armut. Chasy was set to join the team since earlier this month, as previously reported by independent journalist Brieuc Seeger.

After playing for several academy teams since his debut in 2018, including DWG KIA Challengers, and almost a year with X7 Esport, Chasy will start his journey in a major league with MAD Lions. He will have to take on a big role in the team—one that was previously filled by Armut, a player that helped MAD Lions conquer two LEC titles.

The new top laner has little to fear, however. Throughout his competitive career, he has proven to be a versatile player with a wide champion pool, which helped him and his team reach the second place in the NCL Summer Split Playoffs for 2022.