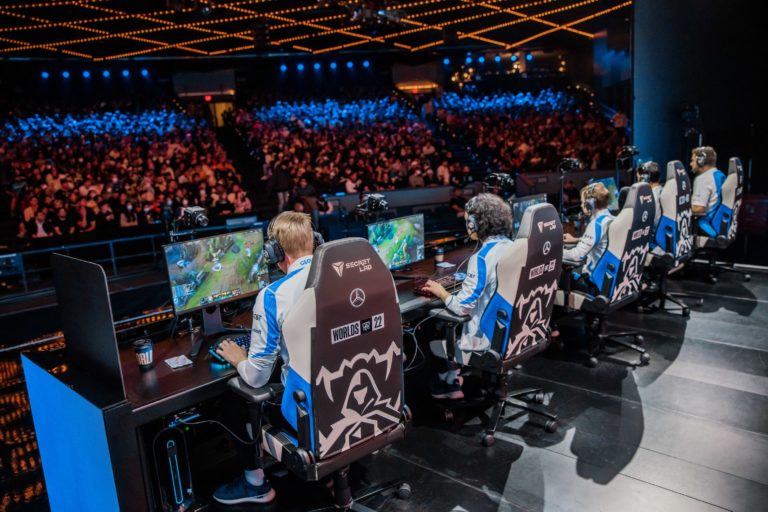 There’s heartbreak, and then there’s being a North American League of Legends fan during the World Championship. For the better part of the last four seasons, NA League fans have become far too acquainted with poor performances on the Worlds stage. Dating back to 2019, only one of the nine teams the region has sent to the group stage has advanced to the knockouts (2021 Cloud9), while the LCS holds a 31 percent win rate in group stage games over the last four seasons.

In 2020, TSM became the first major region champion to ever go 0-6 during the group stage of Worlds. This year, there’s a genuine chance that NA’s champion and its two other representatives all go winless. The region has not secured a win in the first round robin of the group stage for the first time in history and is halfway to finishing with a historically poor mark of zero wins and 18 losses—a record that felt unrealistic just one week ago.

In 2015, North America lost 11 consecutive games as a region to close out its group stage performance and could easily surpass that streak on the first day of the second round robin tomorrow, Oct. 13.

As NA looks to avoid making some dubious history, here is one thing we think each of the LCS teams needs to do better during the second round robin at Worlds 2022.

Cloud9 are on death’s door after their first three games. With how well the rest of Group A has played, too, C9 are just one loss away from being eliminated from bracket stage contention altogether. They’d need to win all three of their remaining scheduled games, plus a tiebreaker, to make it out of groups.

This week, the major focus for C9 should be playing through their bottom lane. After attempting to win games through Fudge—who picked carry champions in Fiora and Jax to the tune of a 2/9/2 combined scoreline—it’s time to shift focus toward Berserker.

Related: ‘I’m losing my mind watching this’: Rekkles left in disbelief over NA tactics at Worlds 2022

Berserker has played three different champions across three games at Worlds, two of which (Tristana and Miss Fortune) he played for the first time in 2022. If he can get back to his roots and start carrying games on Sivir and Aphelios like he did for C9 during the LCS Championship, the team could be able to pick up a win (or three).

Evil Geniuses: Stick to the script

Evil Geniuses knew they were going to face an uphill battle when they were drawn into the same group as three teams who have all won their respective regions at some point in the last two seasons. And although their 0-3 record doesn’t instill confidence, EG have done a few things well—particularly during the early-to-mid portions of games.

EG’s best game of the group stage came against JD Gaming on the opening day of the main event. In that game, EG played the meta, went blow-for-blow in objectives, and kept the gold close throughout the mid game. It wasn’t until JDG out-teamfought them in the later stages that the game was blown open. If EG can play textbook League of Legends like that against the tournament favorite while still keeping things competitive, then surely they can do it against lesser (but still really good) teams like DWG KIA and G2.

Related: Jankos speaks on why G2 is so good at beating Evil Geniuses, and if Group B is the ‘Group of Death’ at Worlds 2022

In week two, we’d like to see more “by-the-book” League from EG. They don’t have to pick weird and wacky champions like Sett for Jojopyun or Vulcan for Bard to throw the other team off their scent. For EG to win games against the titanic opponents in their group, they first have to realize that they don’t have to beat teams like DAMWON or JDG at their game, they just have to beat them at the game.

100 Thieves dropped a “should-have-had-it” type of game against CTBC Flying Oyster to open their group stage run and haven’t been able to shake that monkey off their back since. Although they put up fights against Gen.G and Royal Never Give Up, making them both look relatively beatable until some late-game teamfights went awry, 100 Thieves have yet to fully execute a complete game.

In some cases, it was poor laning that prevented them from finishing strong, and in others, it was mid-to-late-game macro play that forced them to fall apart in the 11th hour. Regardless, 100 Thieves appear the closest among NA’s three teams to securing a win—they just have to not fall behind early or let a close game slip away late.

Worlds 2022 resumes tomorrow, Oct. 13, when the entirety of Group A, including C9, play their full slate of second round robin games. The group stage will conclude on Oct. 16.

The Best Karma Tips & Tricks For Beginners For All Roles!