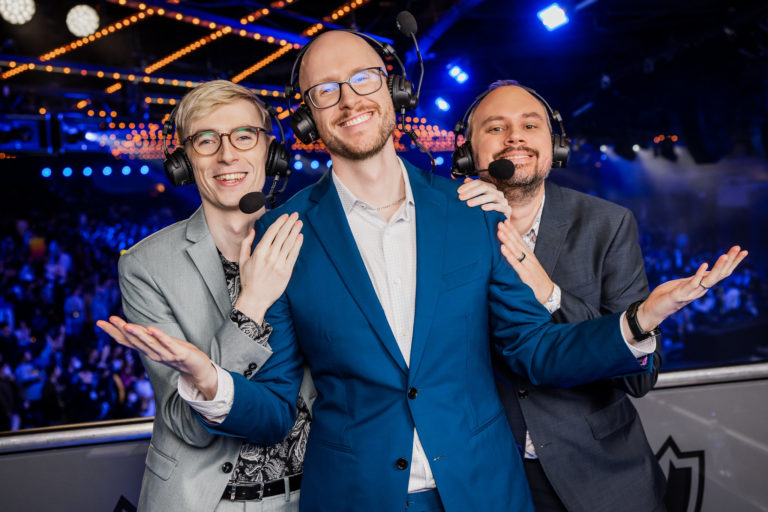 Disappointing news has hit the League of Legends community today with a prominent member of the 2022 World Championship broadcast team testing positive for COVID-19.

Popular LCS caster Isaac “Azael” Cummings-Bentley has confirmed that he will no longer be featured on the broadcast this coming weekend due to the positive test result, forcing him to forgo his casting responsibilities during the upcoming semifinal series between China’s JD Gaming and Korea’s T1.

Azael also said that because Riot hasn’t invited him to cast any other games at the event, this means his time as a caster at Worlds has come to an abrupt end. There is a chance that he could be a part of the pre-show in San Francisco, but he ensured his supporters that he is doing all right and that he simply needs to stay in his own hotel room for the time being.

“I’m doing fine & quarantining in my hotel room,” Azael said. “This is my first time catching COVID, and I always knew it would happen eventually, but the timing is obviously rotten.”

Azael has been on the broadcast for multiple memorable moments during the past Worlds, including his color commentary during the last two quarterfinal matchups last weekend. His knowledge of the game and perfect reactions make him one of the best casters in the world and it’s a tragedy that he won’t be able to attend another banger matchup.

For example, he was on the cast when the world witnessed the most unbelievable denial when the inhibitor respawned at the last second during DRX’s series against Edward Gaming. He was also casting when DWG KIA and Gen.G went to a well-fought five-game series, where Chovy and crew battled against a reverse sweep.

WELCOME TO THE MUNDOVERSE! Season 13 BIG Buff For THIS Guy!