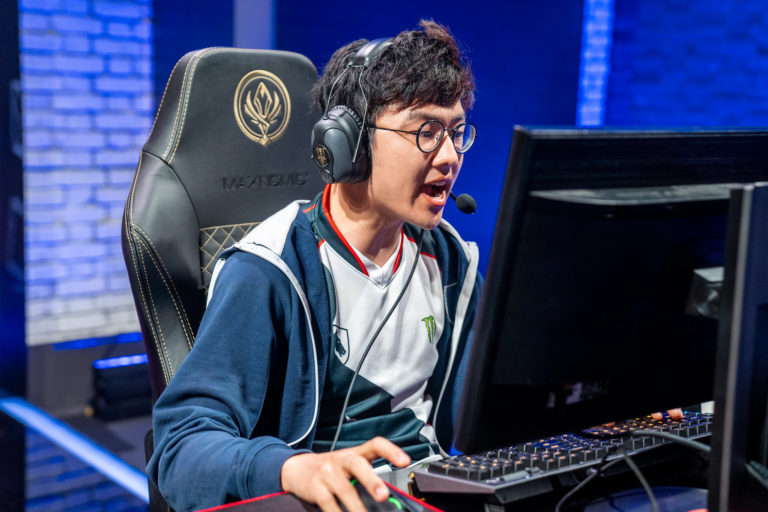 One of the most recognizable faces in League of Legends esports history is taking a step back from the stage to fulfill other duties.

Kim “Olleh” Joo-sung, a veteran support player that has taken part in the professional League for nearly ten years across multiple regions, announced today that he will be leaving Golden Guardians to complete his mandatory military service in Korea. He said in a thank-you video that he could not renew his green card promptly, and thus he will have to leave the LCS for some time.

The support player is most recognized for the year he spent alongside Doublelift on Team Liquid, in which Olleh was able to win the LCS title in both the Spring and Summer Playoffs. He then jumped to Golden Guardians the year after and has been working closely with the organization almost every year since.

Olleh returned to the LCS stage this year following two years of Academy and coaching experience. He rejoined Golden Guardians’ main squad as their support player, creating a veteran bot lane duo alongside Stixxay that earned him a spot in both this year’s Spring Playoffs and LCS Championship.

This news follows what appears to be a massive restructuring from within Golden Guardians, as, over the past few days, the organization has announced the departure of various managerial staff. Olleh is the first player from this year’s team iteration to have left thus far.

It is unclear who will replace Olleh as Golden Guardians’ support player, nor if and when Olleh will make a return to the LCS stage. The 2023 LCS Spring Split is set to begin early next year.

20 Day to Challenger… OR I SHAVE MY HEAD!