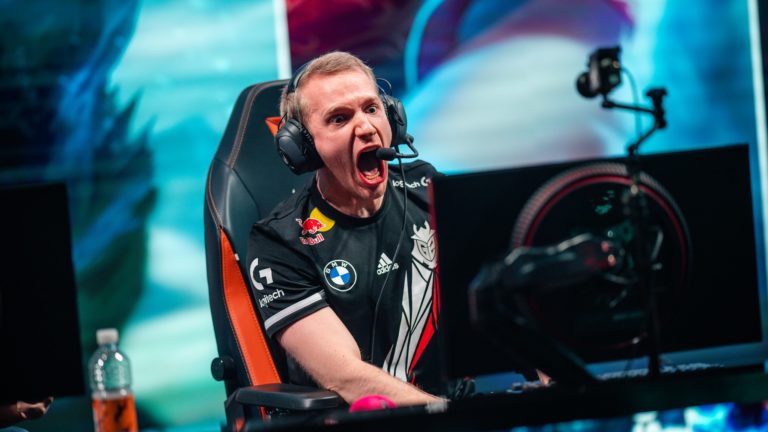 Marcin “Jankos” Jankowski is known for accidentally leaking roster moves, and it looks like he’s done it again.

During a recent stream, Jankos talked about mistakenly joining his former team G2’s lobby in League of Legends. There, he explained he came across Martin “Yike” Sundelin, who is rumored to be joining the team as the new jungler. This, however, has yet to be confirmed by the org or the player.

“I joined the lobby, I looked at if I should go blue or red team, and then I saw Yike in the game, and I was like ‘what, we are not scrimming G2,’” Jankos said. “And then I realized I’m the one that shouldn’t be there.”

As soon as Jankos said this, his chat was spammed with “leaked” before the player quickly came to the realization of what he had just done.

“No, okay, okay, chat, I I told I saw, I don’t think I did, I assume I did” he tried to defend himself while stopping himself from laughing. “I don’t remember, it was so confusing,” he continued in laughter.

Jankos left G2 at the end of the 2022 season and has since joined Heretics. While the role of G2’s jungler remains has yet to be confirmed, a report in November indicated the Pole will be replaced by up-and-coming jungler Yike, who made a name for himself in the LFL.

Following the leak, even G2’s official Twitter account posted the clip with the caption “Bruh.” The Polish veteran replied with an emoji of a face looking through his fingers. We’ll, however, only know for certain the leak is true when G2 makes it official.