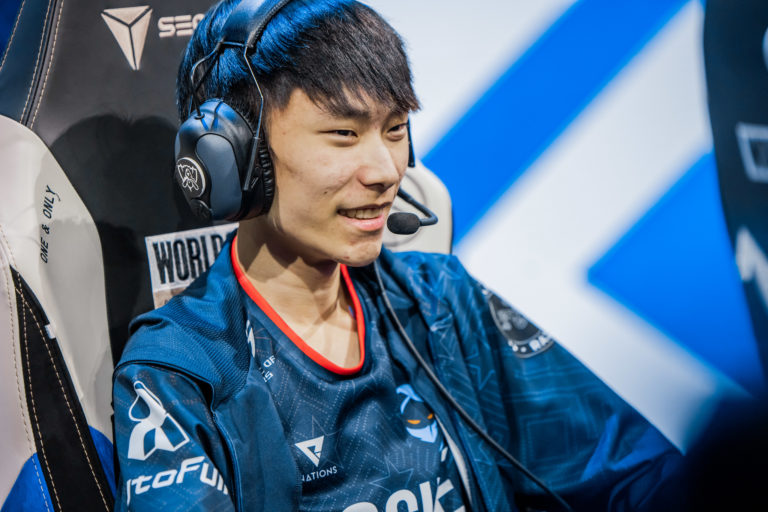 All sorts of different records were broken today at Worlds.

Depending on who you are, they were varying degrees of exciting or depressing. But despite a brutal day for the tournament’s host region, whether it’s the meta, European success, or other individual storylines and talent showcases, there’s lots to follow and further break down in the coming days from the start of groups.

Here are some quick hits from the last day of the first round robin of the group stage at the 2022 League of Legends World Championship.

Related: Worlds 2022 breaks record for most League champions at one Worlds

We knew this was going to be where we saw just how the sausage was made, if at all, for the European champions. And agin, an early game-focused bottom lane, Malrang all over the map on a ganking jungler, Odoamne on Maokai, and Larssen on a control mage all added up to yet another victory for Rogue.

G2 Esports had a valiant crack at LPL champions JD Gaming. There are no moral victories in competition, especially not in a group B that many are justifiably calling the group of death, rounded out by DWG KIA and Evil Geniuses.

JDG might just be the real deal, though. Two of the past three LPL Summer Split Champions champions (2019 FunPlux Phoenix and 2021 EDward Gaming) have gone on to win the World Championship, and there are plenty of reasons to belive this roster could repeat that trend. They do look mortal, however. Even the winless Geniuses proved that much. But at their ceiling there are few, if any, teams at Worlds this year that can match them.

North America’s worst losing streak in a single Worlds group stage is 11, in 2015 (includes a tiebreaker loss), and the region’s previous worst start to a World Championship group stage was 2020’s, in which its teams lost its first five games before FlyQuest snapped the streak.

Evil Geniuses, like a few North American teams, showed good things in the early game, but indecisiveness and a gulf in talent often proved the difference between the squads. At least week two mathematically cannot be worse.

Business as usual everywhere else

Royal Never Give Up, Rogue, and JDG have all clinched at least a tiebreaker for a spot in the quarterfinals two weekends from now. All three Korean teams won yet again to make it six wins in a row for the region. Rogue’s upheaval of Group C means that in all likelihood one of DRX or Top Esports isn’t making it through barring a collapse from Europe’s finest. Speaking of Europe, Fnatic and G2 both go into next weekend with chaos on their minds as they look to upset the apple cart against titans like DWG KIA, EDward Gaming, and T1.

Just two days’ break sit between the second round robin of the group stage and four more days of high-level League of Legends to decide the quarterfinals.

Action resumes on Thursday, Oct. 13 at 2pm CT with Fnatic facing off against Cloud9, the latter staring down pretty much a win-or-go-home scenario for NA’s top seed.

That charming man: Trymbi has a better win rate than Hylisang on Rakan