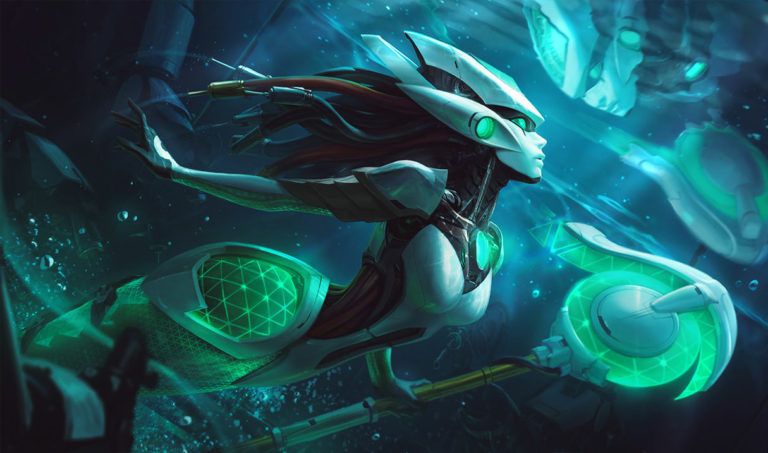 In a clip posted to Reddit earlier today, one Nami player used their wave to knock up four enemy players simultaneously and save their team from potential disaster near a neutral objective.

In the clip, the Nami player was helping their teammates secure a Mountain Drake while four enemy team members approached from the backside of the Dragon pit for a potential objective steal.

As the four enemy players converged on top of the blast cone just outside of the rear entrance to the Dragon pit, the Nami player used Tidal Wave to catch all four opponents in mid-air, stopping their advance and forcing them to stay on the opposite side of the Dragon pit.

Since the Nami player got a brief headstart by casting their ultimate a half-second before the blast cone was triggered, the timing window lined up perfectly to keep all four enemy players on the ground.

Although one enemy did make it over the Dragon pit wall—a Talon player using Assassin’s Path—they were quickly taken down by Nami and their teammate, a Shyvana player who had already secured the Dragon. After claiming the neutral objective, the Nami player and their team cleaned up the failed engagement from the other team, looking for extra kills at the back end of the skirmish.

According to the original poster on Reddit, the Nami player had mained the champion since her launch in 2012, and this was the first time that anything like this had ever happened to them.

Playing Worlds 2022 Pick’Em? Forget The Coin, here are the picks we think you should make