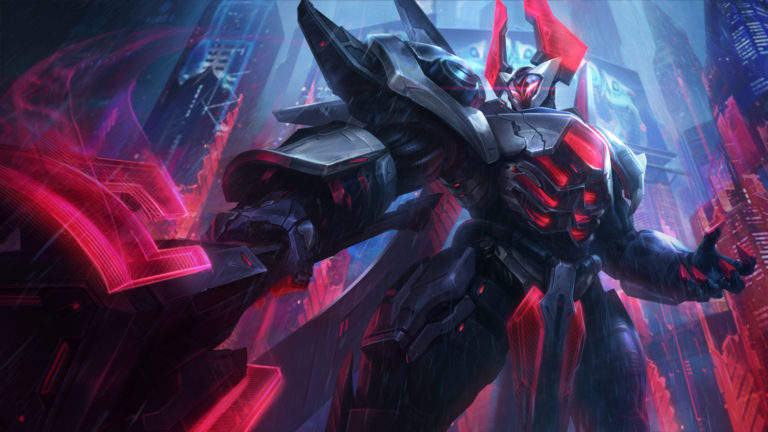 In a detailed patch preview, lead League of Legends designer Matt “Phroxzon” Leung-Harrison has outlined a handful of nerfs headed to six champions on the Summoner’s Rift for Patch 12.23, including the rise of Mordekaiser in the jungle.

Syndra is also being hit after her general dominance in the mid lane.

The Iron Revenant has been one of the top picks for junglers this past patch, boasting the second-highest win rate of any champion in ranks Platinum and above, according to League ranked stats aggregate U.GG.

Mordekaiser’s passive is a great tool for clearing camps quickly, but next patch, his passive will only activate on large monsters instead of all monsters. Additionally, the passive’s damage to monsters is getting a significant early game nerf, since the damage now increases by level and starts at 28 damage instead of remaining at a capped 180.

Syndra, on the other hand, has the third-most games played of any mid lane champion at platinum and higher, but also has a 51 percent win rate, making her one of the strongest picks in the role at the moment.

To curb her effective damage, Riot will be nerfing Force of Will’s bonus damage, along with decreasing Scatter the Weak’s AP ratio and increasing the cooldown by a couple of seconds.

As for the rest of the pack, there are minor nerfs headed to Yuumi, Shyvana, Trundle, and Lillia. First, everyone’s favorite cat is getting some nerfs, with Yuumi sporting an early-game passive cooldown increase along with a 0.5-second decrease on her ultimate ability’s root.

Shyvana’s Flame Breath is getting a minor damage nerf, Trundle will have less base attack speed and late game ultimate damage, and Lillia’s Blooming Blows is getting a significant late game damage decrease.

For items, only one weapon will be getting shaved down next update: Ravenous Hydra. The deadly legendary will be doing less splash damage, and will have less omnivamp.

CLG runs back full 2022 League roster for next season

Multiple tanks to be buffed significantly in League Patch 12.23, including Sion, Maokai, more