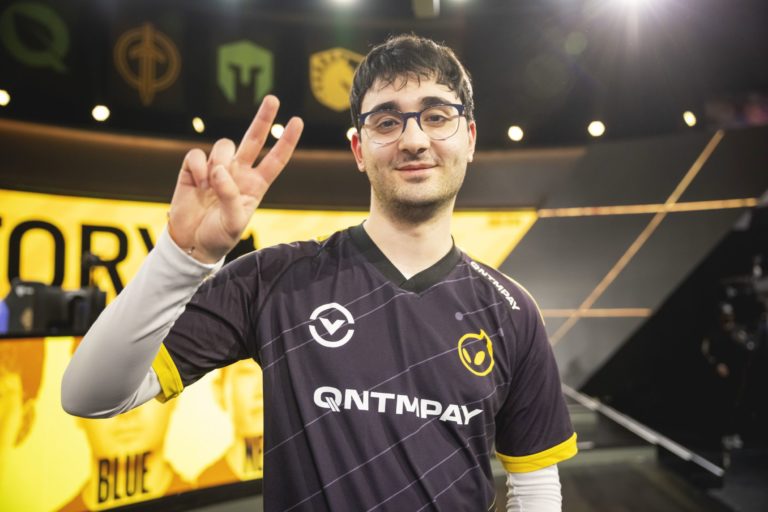 As the official offseason of professional League of Legends quickly approaches, teams from all around the world are continuing to announce the departures of their current rosters to make way for new players. Today, another LCS team announced a massive departure that creates uncertainty regarding the team’s future plans.

Dignitas revealed via Twitter that it has parted ways with Ersin “Blue” Gören, who served as the mid laner for the org’s League team throughout the 2022 season. He was brought into the team from time in the LEC as the mid for SK Gaming and was part of a massive restructuring from Dignitas in an attempt to revitalize a team that had been underperforming for many years.

Alongside jungler River, who joined the team this year from the PCS, Blue cemented himself as one of the more aggressive players in the LCS within the first few weeks of the Spring Split. Yet even when the pair showcased strong synergy, it wasn’t enough for Dignitas to accumulate the victories they needed, and the team ended the Spring Split in seventh place—just outside of Playoffs contention.

After widespread restructuring prior to the start of the Summer Split, Blue and Biofrost were the only two brought into the 2022 overhaul of the roster to remain a part of the team, as jungler River was traded to Golden Guardians halfway through the split. However, roster changes were not enough to bring Dignitas back into the competition, and they ended the split in tenth place without a clear direction as to how the team would bounce back in the following year.

Blue is the only member of Dignitas’ 2022 squad to have departed the team at this point, with no information currently available on where the mid laner will be headed now. It is likely that the organization will join the other LCS teams in further roster restructuring in the coming weeks.