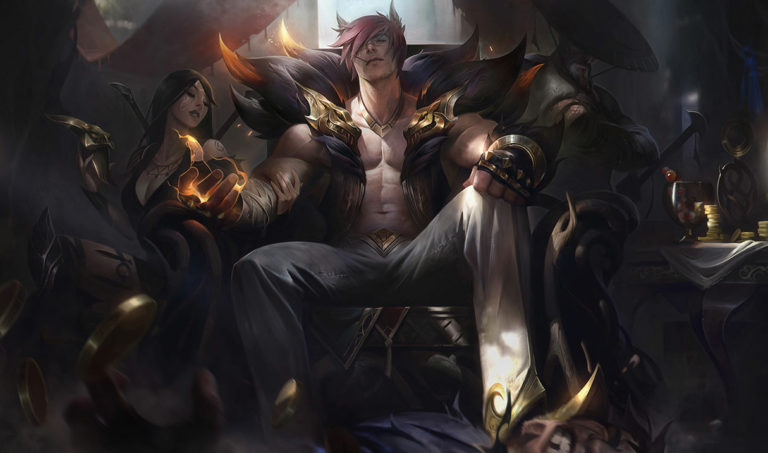 A League of Legends fan has combined their enthusiasm for the Dragon Ball series by customizing champion Sett as Dragon Ball’s Vegito to create, “Vegetto.”

The League fan-mod community has become quite a popular niche for players interested in spicing up their next practice session. From custom skins like Tryndamere’s Cloud Strife skin to Amumu’s custom South Park Kenny skin, fans have a bottomless pit of ideas for the game’s wide variety of champions. Now, one fan has taken their love for Dragon Ball Z and brought Vegito to life in League.

The custom Dragon Ball Z-themed Sett Skin is seen running around Summoner’s Rift donning the classic blue and orange attire. There, Vegetto can be seen roaming around and attacking targets with Sett’s abilities and Vegito’s voice.

The Vegetto custom skin was based on the character Vegito, the Potaran fusion of Goku and Vegeta. The name “Vegetto” is a play on the two names Vegito and Sett, which makes more sense than the initial Vegito name given to Goku and Vegeta.

Regardless, the Dragon Ball Z custom Sett skin has been quite well-received by the League community, with the post on Reddit receiving over 2,500 upvotes for its creative concept and likeness to the powerful fusion while also providing constructive criticism on how the skin could be improved.

“I like it,” one Redditor said. “I think to make it more blend in with the general champ design, the outlines would need to be thicker or so? To me it feel like the contours are missing.”

Another Redditor commented that Sett’s W could have been a kamehameha, to which the original poster replied that it was an initial idea from the original modder, but ultimately “ditched the project”.

The custom model for the “Vegetto skin was created by modder “Noxli” while the voice acting and sound effects were done by “unPelotudoJugando”.

The Vegetto custom skin is one of many fan-modded skins created through KillerSkins, League’s biggest custom skin and modding community. There, users can upload customized skins that can be downloaded for players to use in one of their own custom games.

Those interested in trying out the Vegetto custom skin themselves can use this link to download it through mediafire. Fans unsure of how to download the skin can learn how to do so through the killerskins website. Just make sure you are not entering any ranked games with a Vegetto skin if you plan on entering a ranked game or one against people as this custom skin is only available for use in a custom game mode.