Home League of Legends Blog Majoring in the minors: An overview of the lesser-known representatives at Worlds 2022 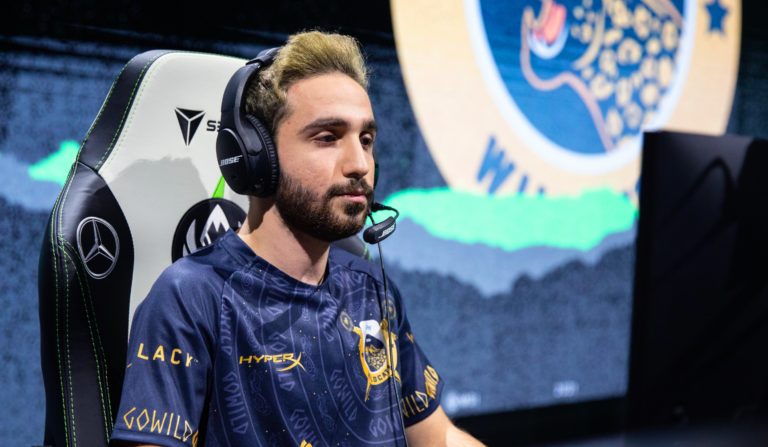 This year, for the first time ever, five major region teams will be present in the opening phase of the tournament in Mexico City, adding difficulty to a pool of teams that was already looking loaded with the likes of reigning MSI champions Royal Never Give Up, the LCK’s DRX, and MSI participants Evil Geniuses and Saigon Buffalo. It’ll be tougher than ever for the minor region representatives to make history, but the games will undeniably be worth watching.

Every year when play-ins approach, right alongside them comes the pressure felt by pundits and fans alike to mainline minor region VODs and soak up as many narrative and discussion points as possible before the first match. And if you want comprehensive analysis, seek out those that know the region best: the broadcasters who watch every single game. As one of those myself, we don’t bite and are always more than happy to ramble about our teams. For quick hits and cursory overviews, however, this article should hopefully at least get you started.

If you’ve been following VALORANT, you know the name of the reigning world champions: LOUD. The “Brazilian FaZe Clan” is the country’s newest behemoth org with already-fulfilled aspirations of supplanting capital-letter-loving titans of the scene like INTZ, FURIA, paiN, and KaBuM! This split’s League of Legends crown was the org’s first, however.

LOUD ended the split on a seven-game winning streak, lost to paiN in five games in the upper bracket of the playoffs, and then avenged the loss in 3-0 fashion in front of 10,000 fans in a series in which 25-year-old mid laner tinowns died just once. If LOUD don’t finish in the bottom two spots in Group A, it will be because of him. Like at MSI 2021, he roamed and facilitated from the mid lane and didn’t make many mistakes. If they pull off a miracle and make it out of play-ins, it will be because of top laner Robo’s crazy counterpicks and 18-year-old AD carry, part-time rapper, and Champions Queue celebrity Brance.

Brance just finished his first split of top-flight League of Legends and already has the community anointing him the next brTT. While that’s an impossible mantle, the fact remains that he thrived in his first split and showcased his incredible champion pool that just so happens to include two now-popular AD carry picks in Kai’Sa and Ashe. In two different games in their first playoff series against paiN, Brance was the target of four bans in a Sivir/Zeri handshake meta. In game one, he pulled out Kai’Sa in a win, and in game five when it was banned instead of Senna, he opted for Varus, which did result in a loss. But the fact remains that the meta might be coalescing into comfort for the young superstar at just the right time.

Especially in a meta that’s theoretically more diverse than in the summer playoffs as far as AD carries, they will in all likelihood still run through the bottom lane, and the Wildcats’ player to watch is marksman HolyPhoenix. Kalista and Lucian have been nudged down in the meta’s pecking order, but much more so the latter by way of Nami/Electrocute nerfs. Kalista got 30 health lopped off her base stats, which will likely not be enough to dissuade HolyPhoenix from picking her. He also has a Samira in his back pocket, as well as Nilah, which he played in the playoffs.

Mid laner Serin and top laner StarScreen both waded into the Akali pond in the regular split, and further showcased their relatively diverse champion pools with Shyvana, Cassiopeia, and Zoe, as did support Farfetch with Zilean. This team will, as they have all year, live and die by HolyPhoenix, and in theory the fact that this is the third time that this exact roster has gone to an international event in the last two years should help with that.

The neutrals’ favorite returns to Worlds after doing what had only been done twice in the post-International Wildcard Qualifier era: make it out of the play-in stage as a minor region team. DetonatioN FocusMe also did so as the representatives of a region with historically poor results internationally in Japan.

However, that was then, and this is now. DFM have undergone some roster churn since last year’s World Championship. Mid laner Aria is back home in the LCK, but Steal, the other half of the lethal Korean mid-jungle duo for DFM, is now a Japanese resident, meaning that former Fredit BRION mid laner Yaharong and KT Rolster import Harp were able to slot into a veteran lineup that will be looking to avenge an underwhelming performance in a tough MSI group earlier this year. If the meta shifts from enchanter supports, expect Harp to be the team’s go button. Otherwise, the duty will fall to Steal.

This DFM roster was tested a lot more in domestic play than they were before last year’s Worlds run. In a notoriously top-heavy region like the LJL, it’s tough to say whether this is a sign of progress or if DFM fans should be worried. Either way, this team is probably the pound-for-pound favorite to upset the apple cart of these five teams.

Latin American representatives at international events have had, to put it bluntly, a brutal time since Josedeodo’s Evelynn turned heads and carried games for Rainbow7 at Worlds 2020. Isurus finally dethroned Infinity as the region’s international representatives this split, topping Estral in the grand final. Isurus therefore might not have the highest prospects internationally, but what they lack in that department they more than make up for in storylines. Jungler Grell had lost five(!) domestic finals in Latin America on four different teams, all in five-game fashion, before finally getting over the hump this split, beating his former team, Estral, in—of course—five games.

Before you read any further, go back and watch the end of game five of this split’s LLA finals. Please. Grell was that close to making it six game fives lost in domestic finals. Meanwhile, mid laner seiya has won 12 domestic titles in his nearly 10-year career and, similar to LOUD above, has a veteran, stable presence in the mid lane. Korean top laner ADD played almost five years in the LCK and two years in the LPL. He makes tanks look like carries, notching the highest DPM. Despite being an Argentina-based org, three of the players on the team’s roster are Mexican and will be playing a historic play-in stage this year in front of hometown fans.

One of the most dominant teams to come out of Oceania in years, Chiefs are playing with a chip on their shoulder after letting a historic 19-2 Split 1 fizzle out to Order in the finals. Clearly that chip is still on the shoulder and has been since MSI, as what’s being dubbed by some as an OCE “superteam” speedran LCO to the tune of a 21-0 regular split and a 6-1 playoff run with nothing short of history on their minds. If desire is the only metric to base potential Worlds success on, the Chiefs might win the Summoner’s Cup.

Internal synergy is clearly not much of an issue for this roster and its very defined playstyle of playing through AD carry Raes and Korean top laner Topoon with every other member of the team roaming and facilitating. This is most exemplified by jungler Arthur and his Malrang-esque lane-enabling playstyle. The experienced names just keep coming for Chiefs. Topoon is a three-time LCO champion and former Immortals Academy player. Before returning to Oceania, Raes was the starting AD carry for a respectable Immortals team in 2021 in the LCS. A three-time domestic champion himself, with Topoon and mid laner Tally (along with jungler-turned-coach Babip), they’re recreating the dominant 2020 Legacy Esports roster and pushing all the chips to the center of the table this year for Oceania.

The play-in stage kicks off on Thursday, Sept. 29 at 3pm CT in Mexico City.

Back to workshop: Riot plans to revamp the system introduced in League’s 2021 preseason