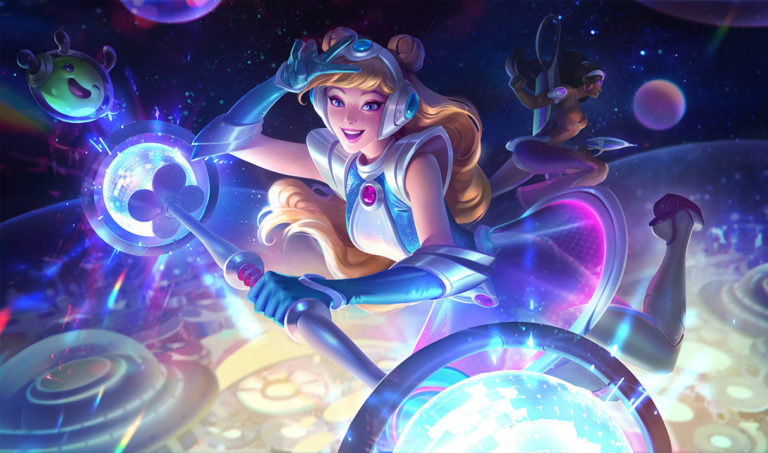 League of Legends’ next big skin line release could take players back to outer space if a recent leak is to be trusted.

Earlier today, an upcoming batch of Space Groove skins was leaked online, with new skins for Gragas, Lissandra, Nami, Ornn, Taric, Teemo, and Twisted Fate all teased. The skins were first leaked on the Skin Spotlights YouTube channel, which has a history of previewing League skins prior to their release.

Each skin in this new batch of Space Groove skins has a unique recall that showcases the champion taking part in a disco dance, while every ability featured in the skin line also has a unique animation.

Certain abilities, including Taric’s Cosmic Radiance (R) and Twisted Fate’s Pick A Card (W), are accompanied by new and unique disco soundtracks, with the timing of the abilities being set to music.

Space Groove is a retro-futurist skin line that combines the aesthetics of mid-20th-century futurism with disco music. Bright lights and neon colors are plentiful across every skin in the line, with bright pinks, deep purples, and dark, resonant shades of blue present in every skin.

The Space Groove skin line was first introduced to League last spring when champions including Lux, Samira, and Lulu were all featured.

Related: Zilean has now gone 1,000 days without a League skin, and it’s not the first time

Last year, Lulu received a prestige version of her Space Groove skin. This time around, it appears as though that honor will be bestowed upon another support in Nami, according to the leak.

These new Space Groove skins have yet to be officially announced by Riot Games, so no release date is currently available for them.

3 big things we learned during the Worlds 2022 semifinals