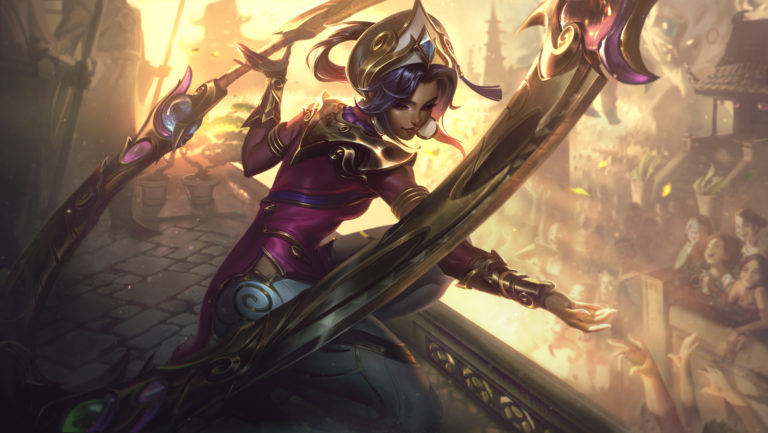 The cinematic features champions in their Lunar Revel garb flying through various picturesque vignettes on a magic flying bus. There is no dialogue in the cinematic, although the video is beautifully animated in an art style that meshes 2D and 3D imaging.

The cinematic for the Lunar Revel 2023 event comes just one day after Riot failed to release a cinematic that met expectations set by fans for the introduction to a new ranked season. Traditionally, each League season has been kicked off with a champion-centric cinematic that builds hype and excitement for the opening of the ranked ladder at the start of a new year. This year, however, fans were disappointed to see a cinematic that didn’t meet the standard set by Riot’s past work.

Fan response to yesterday’s season 2023 cinematic was so vitriolic, the official League Twitter account actually apologized to fans and players, citing “unprecedented circumstances” as the reason for a relatively lackluster trailer.

Today, fans aren’t satisfied with the release of an admittedly stronger trailer in “Hop On,” particularly because the new trailer associated with Lunar Revel is meant to be an advertisement for an in-game event and new skin line. Comments on social media, including ones from fans in the comment section of the cinematic’s YouTube link, criticize Riot for placing its priorities on selling skins. “More effort put into an event cinematic than the season trailer…really goes to show what Riot is all about,” one League fan said in the video’s comment section.

Related: All skins coming to the Rift in League Patch 13.1

The champions (and skins) featured in the “Hop On” cinematic include Panda Annie, Brave Phoenix Xayah, as well as several new skins coming with the Lunar Revel 2023 event. New skins that were featured include the upcoming Mythmaker Garen skin, Lunar Empress Ashe, as well as Lunar Emperor Thresh. In total, Riot will release 12 skins in Patch 13.1, including two prestige skins associated with the Lunar Revel event.