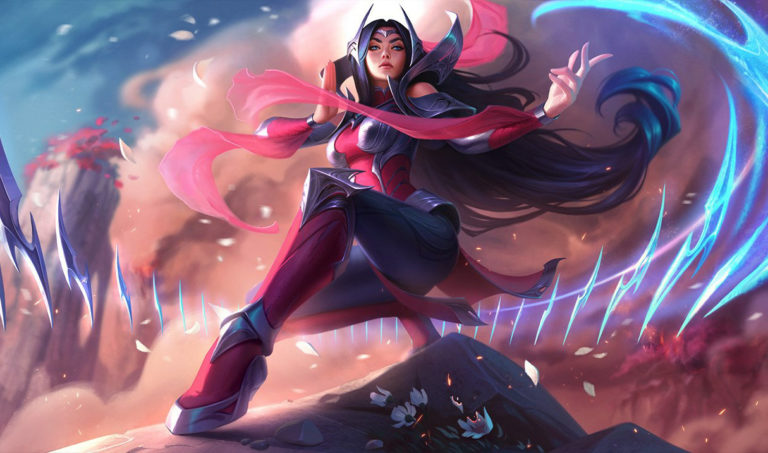 The new year is fast approaching, meaning League of Legends players are about to dive into yet another 12 months of new, innovative skins for their favorite (and least favorite) champions.

A new PBE trailer today showcased a new upcoming skin line seemingly known as “Mythmaker,” set to be the New Year’s thematic for 2023 and featuring an abundance of Chinese-themed skins for all types of champions. The champions entering the Mythmaker thematic are Irelia, Galio, Zyra, Garen, Sivir, Ashe, Qiyana, Kha’Zix, Thresh, and Malphite—though it is not clear if they will release all at once alongside Patch 13.1 on Jan. 4, 2023.

Irelia is the recipient of the Legendary skin in this batch, which provides her with an abundance of new visual and audio effects—many of which are emphasized as she stacks her passive. Like the other skins in the Mythmaker thematic, she and her weapons are wrapped in red and gold lights, which sway and enshroud her opponents upon making contact with them as she dashes in and out of battle.

Each of the other Mythmaker skins alludes to some type of Chinese tradition, including creating paper lanterns, zodiac origami, food, and flowers. Interestingly, while Irelia, Galio, Zyra, Garen, and Sivir are heavily clad in red, Ashe, Qiyana, Kha’Zix, Thresh, and Malphite appear more gold and use more aspects of the environment in their recalls.

According to files on the PBE, Mythmaker Sivir will be receiving a Prestige version that can be obtained during the Mythmaker event. A skin from last year’s New Year event, Porcelain Lissandra, is also apparently receiving a Prestige version to celebrate the Year of the Rabbit. No further information has been provided about an upcoming event at this time, nor has it been officially revealed.

The Mythmaker skins for Irelia, Galio, Zyra, Garen, Sivir, Ashe, Qiyana, Kha’Zix, Thresh, and Malphite are expected to debut in League alongside the first patch of the year, 13.1, on Jan. 4, 2023. These skins will soon be available for testing on the PBE prior to their official release.